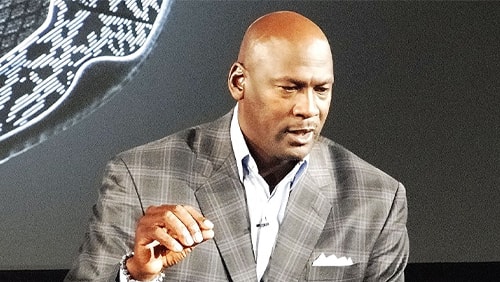 NBA legend Michael Jordan has branched out further in the world of sports ownership, purchasing a controlling stake in a new NASCAR team. The Charlotte Hornets owner has will own a team with Bubba Wallace to leading the way.

Wallace is having a career-best season and is set to leave Richard Petty racing at the end of the calendar year. Stock car racing has grown to over 1500 races, at over 100 locations, making it the most popular motorsport in the U.S.

This is a unique, once-in-a-lifetime opportunity that I believe is a great fit for me at this point in my career. I’m grateful and humbled that they believe in me and I’m super pumped to begin this adventure with them.

The move by Jordan to enter what has predominately been a white owner-based sport has been welcomed across U.S. sport. NASCAR released a statement welcoming new owners Jordan and Denny Harlin to the racing fraternity.

“We proudly welcome Michael Jordan into the NASCAR family, and look forward to watching Michael, Denny Hamlin and Bubba Wallace compete in 2021. Michael is an iconic sports figure and celebrated champion whose fiercely competitive nature has placed him among the greatest athletes of all time. His presence at NASCAR’s top level will further strengthen the competition, excitement and momentum growing around our sport. We wish Michael and his team tremendous success.”

Jordan released a statement to the media following the announcement of the new team.

“Growing up in North Carolina, my parents would take my brothers, sisters and me to races, and I’ve been a NASCAR fan my whole life. The opportunity to own my own racing team in partnership with my friend, Denny Hamlin, and to have Bubba Wallace driving for us, is very exciting for me.” Michael Jordan said.

“Historically, NASCAR has struggled with diversity and there have been few Black owners. The timing seemed perfect as NASCAR is evolving and embracing social change more and more.

“In addition to the recent commitment and donations I have made to combat systemic racism, I see this as a chance to educate a new audience and open more opportunities for Black people in racing,” he added.

Denny Hamlin has joined Jordan in taking ownership of the new team. Hamlin has been a long-time Jordan confidant, working on the Jordan brand.