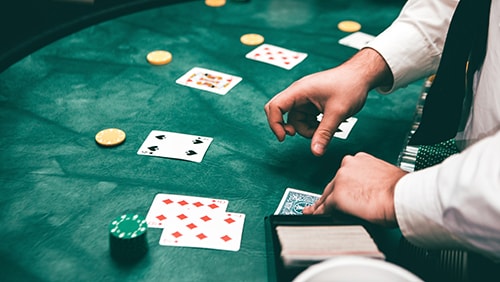 It’s been a long time coming – too long by most accounts – but Empire City Casino in Yonkers, New York is finally back in business. Like all others across the globe, the casino was forced to shut down because of the COVID-19 pandemic, and extended closures of New York casinos after many had reopened led to a lot of frustration on the part of employees. Understandably so, given that Empire is the largest private employer in Yonkers, and going six months without work would be hard on anyone. After New York Governor Andrew Cuomo announced a couple of weeks ago that the state’s gambling properties could start to reopen, but with strict health policies in place, MGM Resorts-owned Empire was ready.

The casino reopened yesterday morning to a different environment. For now, Empire, like others in the state, will only be allowed to operate at 25% its normal capacity and patrons will have to adhere to a list of restrictions that include the wearing of face masks and submission to temperature checks before entering. The property won’t be able to offer valet service or bar service for a while, and, because of social distancing requirements, the amount of slot machines available on the gaming floor has been greatly reduced.

There are also no live-dealer games right now, which means games like blackjack, roulette and craps have a completely different feel about them. The games are being offered, but with the use of virtual dealers and a video screen. With around 5,000 slot machines warmed up, however, there was plenty of interest by locals, and it didn’t take long for a line to form as gamblers waited as much as an hour for a chance to get inside the casino.

Empire employs around 1,000 employees, and about half of those are now back at work. When it was announced that New York’s four commercial casinos could reopen, MGM president and CEO Bill Hornbuckle stated, “It’s been several months since we were forced to close, so it is with strong emotion that we welcome our team members back to work. Health and safety remain our first priority, and our commitment to New York has never been stronger.” The casino operator had been forced to lay off around 18,000 employees as a result of the COVID-19 debacle.

The goal now is to keep everyone healthy in order to prevent Cuomo from ordering another shutdown. New York’s rate of coronavirus cases has hovered only around 1%, much lower than in states that already resumed much of their commercial activity, and any spike could lead the governor to take drastic measures once again. With New York having lost billions of dollars in revenue due to the pandemic, any additional closures would spell disaster for the state’s recovery efforts.