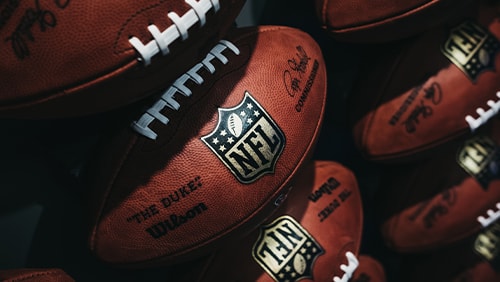 As had been expected, the launch of the 2020 NFL season has taken over the activity seen by sportsbooks. American football wagers have always attracted a great deal of attention, much more than other sports, and the start of the season earlier this month has proven, once again, why it’s king. Based on the numbers provided by sports gambling operator Bodog for this past weekend, the sportsbook is seeing a tremendous amount of action on NFL games.

In a breakdown of the different leagues available for gambling this past weekend, the NFL ruled them all with 43.12% of the bets placed on Bodog. College football gave football wagers a boost as it collected 13.99% of the action, making football the clear winner among all sports. The NBA Playoffs took third place among the top-ten bet leagues; however, that isn’t saying much since it only accounted for 13.13% of the wagers. Granted, there were more options to choose from in the NFL than in the NBA, but this pattern was expected well before the football season kicked off.

The number of NBA games this past weekend can be counted on one hand; the number of MLB games, however, was five times that amount. Still, MLB games didn’t attract a lot of attention and were only able to grab about 12.23% of the wagers on Bodog. The Ultimate Fighting Championship (UFC) and its Fight Night saw a few bets thrown in here and there to grab about 3.98% of the action, while soccer, golf and tennis made appearances, as well.

Sports gambling fans were most interested in how the game between the New England Patriots and the Seattle Seahawks would go, giving this game 22.68% of the action on Bodog. The Seahawks were the favorites heading into the game, and they didn’t disappoint their backers. They came away with a 35-30 victory to improve to 2-0 on the season, while the Pats moved to 1-1.

The game between the Kansas City Chiefs and the LA Chargers took a distant second on the list, getting 16.49% of the wagers on Bodog. The Chiefs are looking to show why they deserved to win the Super Bowl last year and are, so far, getting off to a good start. With Super Bowl MVP Patrick Mahomes under center, the Chiefs are now 2-0 this season, but their latest win didn’t come easy. The game would have to be decided in overtime for the favorites to win, but the Chiefs pulled it off.

Because it’s the NBA Playoffs, there’s a lot more on the line now, and Bodog saw over 28% of this past weekend’s bets placed on different games. Two games between the LA Lakers and the Denver Nuggets took 11.52% and 7.98%, respectively, on September 18 and 20, with the Lakers capturing the win in both. The Boston Celtics and the Miami Heat have now faced off three times as they battle for the Eastern Conference title, and the Celtics took their first victory over the weekend, capturing 9.43% of the action on Bodog.

The NFL is now the definitive target for sports gambling enthusiasts, and this will only become more pronounced as the season moves on. The NBA, the NHL and MLB are wrapping up their respective seasons, which will lead to even more wagers placed on pro and college football games until the rest of the sports action resumes.