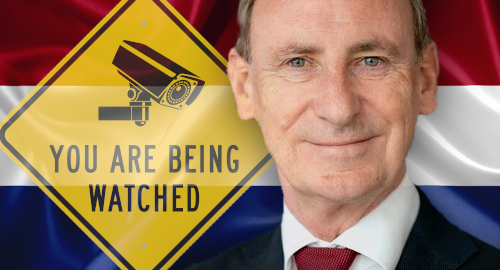 Online gambling operators seeking new Netherlands licenses will have to demonstrate nearly three years of compliance before their applications will be considered by the local regulator.

On Tuesday, René Jansen, chairman of the Netherlands’ Kansspelautoriteit (KSA) regulatory body, gave a keynote address at the Gaming in Holland conference in Amsterdam. Jansen’s speech focused on the country’s plans to launch a regulated online gambling market on September 1, 2021.

Jansen (pictured) claimed that “the countdown has started” towards the Remote Gambling Act taking effect on March 1, 2021, after which would-be licensees can “in all likelihood” begin submitting applications, with the regulated market launching six months later. At least, that’s the current plan, which has undergone multiple revisions over the past few years as the KSA and the government struggled to get their Act together.

Jansen said the KSA has handed operational control of its Central Exclusion Register (Cruks) to its managing party Netcompany. The associated Data Safe (CDB), to which all online licensees must connect so their monitoring of gamblers can be monitored by the KSA, is currently being notified to the European Commission. The KSA expects to publish the CDB’s technical requirements “probably” in October.

October will also bring a draft of the KSA’s responsible gambling policies, while November will bring concrete details on the license application process. Jansen said he couldn’t emphasize strongly enough the need for operators to “effectively prepare” for this “extremely involved” process or else risk their application not being processed by the market’s launch date.

Jansen also clarified that the delays in getting the application derby underway didn’t mean operators who previously served the Dutch market without permission would catch a break on requirements that they demonstrate a cessation of unauthorized activity before their application will be accepted.

Specifically, Jansen said “when we receive an application for a licence, we will look at the applicant’s activities for a period of two years and eight months prior to the date of their application.” This review period “reflects the delay incurred in relation to the date on which the law was previously intended to enter into force.”

In other words, any operator looking to submit an application on March 1, 2021 will need to have ceased Dutch-facing activity by July 1, 2018. Applicants will also have to demonstrate that they had adequate age verification in place as of January 1, 2020.

Jansen threw a bone to the country’s land-based gambling operators, who were forced to close their establishments for months due to the pandemic. Jansen said the deadline for arcades and casinos to connect with the Cruks system has been extended from March 31, 2021 to September 1, 2021 in order to give them “sufficient time to prepare for the new legal regime.”