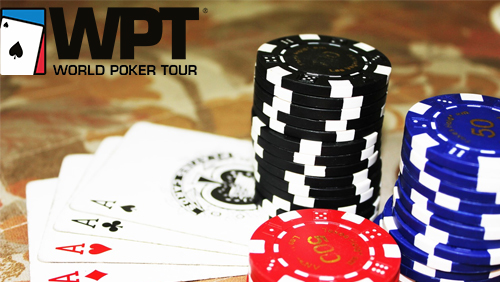 After an epic final day British poker pro Phil Mighall became the latest player to have their name inscribed on the WPT Mike Sexton Champions Cup.

Winning over $1.5 million by taking down the WPT World Online Championship Main Event, Mighall carved his name into history by defeating Teun Mulder heads-up to claim the title.

Play began tentatively at the final table, but that didn’t last long as the big stacks applied pressure and those without big numbers of chips had to make their moves.

It was Laszlo Molnar who left proceedings earliest, with an all-in move with ace-jack doomed to failure when Victor Simionato’s cards were revealed as pocket jacks. No ace came to help Molnar and he was followed from the felt by Finnish player Akseli Paalanen when Simionato again did the damage, pocket queens doing for Paalenen’s ace-king shove in a coinflip.

One of the most experienced online players at the final table was Bert ‘girafganger7’ Stevens, but he went in 7th place when his 15-big-blind move with queen-ten ran into Blaž Žerjav’s ace-five. No luck on the board came to help Stevens, who bowed out for a result worth $194,112.

It was an unlucky exit for one of the brightest young stars at the felt, Dzmitry Urbanovich, in 6th place. He lost out when entering the hand ahead as his ace-king was outdrawn by Teun Mulder’s ace-queen after a queen came on the flop.

It was the turn of Simionato to bust in 5th place, something which must have been hard to take for the Brazilian despite the incredible value his entry had behind it. Having qualified all the way from a $22 satellite on partypoker, he would cash for an amazing ROI of $391,257 when he bluffed off most of his stack at the end in an audacious play that ran into Blaž Žerjav’s rivered gutshot wheel straight. It was just a fall from a great height considering he led the field with six remaining.

With play now four-handed, it would be Žerjav who busted next, reduced to just 13 big blinds a little later and running pocket sixes into Phil Mighall’s pocket kings. That was the start of an awesome spring finish for Mighall as he finally won the huge tournament score his career has deserved for some time. When overnight chip leader Damian Salas was flipped out, with king-queen against the pocket threes of Mighall.

All-in pre-flop, Salas must have loved the king on the flop, as well as the queen on the turn, but a three on the river instead handed Mighall the advantage heads-up and reduced the tournament to a heads-up duel for the lot.

That top prize was evened out a little by a deal done by Mighall on 125.4 million chips and Mulder, sat behind 76.6 million virtual chips on partypoker online.

While Mulder would take the lead during the heads-up battle, Mighall had it back and almost a 3:1 chip lead when the final hand played out. Mulder slow-played pocket aces against Mighall’s 10-7 and all looked well on the flop of 9-ace-jack, but an eight on the turn filled in the unlikeliest of straight for Mighall.

When Mighall moved the remainder of a steadily-escalating pot in on the river, Mulder’s call ended his chances of claiming the top prize of $1,550,298, instead giving the Dutch player a consolation prize of $1,396,968.

Congratulations to one of Britain’s best poker exports, and one who had been waiting for a result like this for some time. Mighall will forever be a member of the WPT Champions Club and having played with Mike Sexton at Dusk Till Dawn in Nottingham, will no doubt be proud to have his name permanently inscribed on the trophy that bears the name of his and many others hero.

You can watch coverage of the final actions of the thrilling WPT World Online Championship Main Event right here, with commentary from numerous poker luminaries throughout such as Matt Savage, Ike Haxton and James Dempsey: