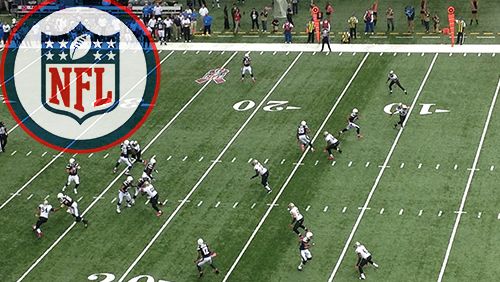 Two storylines appear to stand out in Week 2 of this NFL season: Tom Brady’s home debut as a member of the Tampa Bay Buccaneers, and the Raiders’ home debut in their new city of Las Vegas. Sadly, there will be no fans in attendance in either Tampa or at the spectacular $2 billion Allegiant Stadium in Sin City.

Brady was a rare regular-season underdog in Week 1 with Tampa Bay losing 34-23 at a very good New Orleans Saints team. Brady threw two picks, including one returned for a touchdown. He frankly looked his age of 43 at times. TB12 is back in his usual favored role against the Carolina Panthers on Sunday with the Bucs at -9 for the 1 p.m. ET kickoff. Carolina lost its ninth straight game in Matt Rhule’s NFL coaching debut in Week 1, 34-30 to the Raiders. The Panthers have covered just once over that stretch.

Speaking of the Saints, they will be the first visitors to Las Vegas in the Monday night game, with New Orleans sitting at -6. Future Hall of Famer Drew Brees has done just about everything possible in his NFL career other than play in Las Vegas. Check that off the list. As noted, the Raiders won their debut as Vegas’ team in Week 1, 34-30 in Charlotte. The Saints carry a seven-game road winning streak into this one, winning by an average of 13 points per game.

The Los Angeles Chargers will play their first game in the $5 billion SoFi Stadium they share with the Rams at 4:25 p.m. ET on Sunday when the Bolts host the Kansas City Chiefs. Kansas City has the benefit of a few days extra rest after beating the Houston Texans 34-20 in the Kickoff Game on Thursday night in Week 1.

The Chiefs looked very, very capable of becoming the first team since the 2004 New England Patriots of repeating as Super Bowl champions in dominating Houston. The Chargers were lucky to win 16-13 in Cincinnati this past Sunday. Kansas City is -9 for this matchup and has covered six straight games at the Chargers.

Texans coach Bill O’Brien said “there’s a lot to fix” after his team was manhandled in Kansas City, and it gets no easier this Sunday by hosting the Baltimore Ravens, who are -7. Baltimore destroyed Cleveland in Week 1 and is 10-2 ATS in its past 12 games.

On the flip side, two teams on short rest meet when the Denver Broncos visit the Pittsburgh Steelers at 1 p.m. ET Sunday. Pittsburgh was a 26-16 winner at the New York Giants in the first game of last Monday night’s doubleheader, while Denver was a 16-14 home loser to the Tennessee Titans in the nightcap. Pittsburgh is -7.5 for its home opener and 2-5 ATS in its past seven as a home favorite.