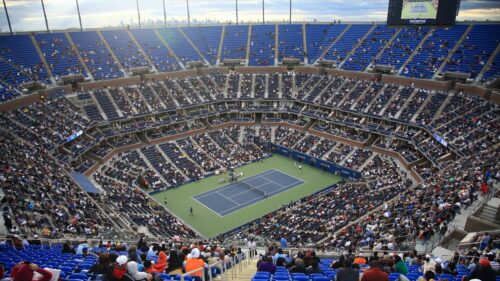 There may not have been Rafael Nadal or Roger Federer at the U.S. Open at Flushing Meadow, but Novak Djokovic arrived a fortnight ago determined to clinch his 17th Grand Slam. For a number of reasons, that didn’t happen in spectacular style, but Thiem did get over the line, the most experienced man in the draw from the fourth round onwards finally sealing the deal late in the day last night.

With Thiem earning $3 million, runner-up Alexander Zverev will not be disgruntled at taking home $1.5 million as a consolation prize, but he will wake up today wondering how he let it slip through his grasp, up two sets only to eventually lose 2-6 4-6 6-4 6-3 7-6 (8-6) to the Austrian.

Thiem told reporters afterwards that he had been working towards the Grand Slam victory his “whole life” and consoled his great friend Zverev to be someone who deserves to win a Slam soon. That might be true, but the 27-year-old Austrian will be privately delighted to have got one over his younger German frenemy. He was very respectful both on court after the game and online after the event.

It had to be like this – my career was always like the match today – many ups and downs and I love the way it turned out. pic.twitter.com/ksFDgIfws8

Had Zverev got the job done – and at two sets to love up, he really ought to have – then Thiem would have equaled an unwanted record, that of Andy Murray, who famously lost four Grand Slam finals before winning his first, coincidentally at Flushing Meadow.

The fact is that winning the U.S. Open is perhaps the easiest of the four to do, with no one player having dominated it like the ‘big three’ have the other three Grand Slams. Rafael Nadal has won 12 French Opens, Roger Federer has won 8 Wimbledon titles and Novak Djokovic has won the Australian Open eight times.

Post-war, the most anyone has won in the U.S. is a comparatively thin five times.

Thiem’s recovery from being two sets down is perhaps the greatest achievement of his, as he was humbled in the first two sets before playing like he was, a man with nothing to lose. Doing so, winning the third set 6-3, the fourth set 6-4 and a deciding fifth on a tense tie-break 8-6 gave Thiem his dream come true.

“I achieved a life goal, a dream of myself, which I had for many, many years,” the Austrian said afterwards. “I dedicated basically my whole life until this point to win one of the four majors. Now I did it.”

Whether he can achieve the near-impossible and win the French Open on the back of this result is hard to see, but Thiem, for now at least, won’t care. Zverev, taking part in his first Grand Slam final was stoic on achieving the same goal in the near future.

“I was super close to being a Grand Slam champion,” he said, breaking down in tears under the glare of the camera and the gravity of the moment. “I was a few games away, maybe a few points away. What upset me the most is not the third set, it’s the fifth set. I had a lot of chances in the fifth set and didn’t use them. I’m 23 years old. I don’t think it’s my last chance.”

In winning the U.S. Open in New York, Dominic Thiem became the first male player ever to win a Grand Slam singles title who was born in the 1990s. He’ll only have to wait a fortnight before going for back-to-back titles at Roland Garros, with the French Open starting on September 27th. Here are the latest odds: