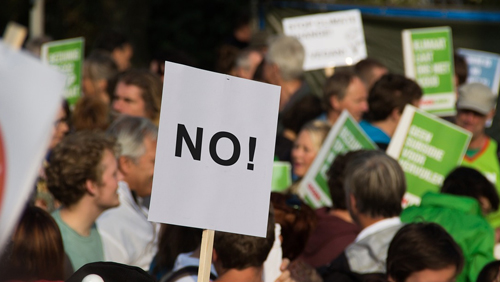 Massachusetts is considering introducing legalized sports gambling in the state, but how the market may be shaped is still up for discussion. The idea of allowing wagers on sports began even before COVID-19, but the coronavirus pandemic has forced the issue to take on a different tone, with the state looking at different ways to recuperate lost revenue. Should lawmakers push forward with a bill that is currently being discussed, House Bill 4887 (HB 4887), a number of colleges and universities in the state want to make sure that college-level sports activity is not included. They authored a letter that was sent to legislators, urging them to allow, in so many words, illegal college sports wagers to continue.

Harvard University was one of seven schools that signed off on a letter sent last Friday to lawmakers, asking them to think twice before allowing bets on college sporting events. According to the university’s own publication, The Harvard Crimson, the complete list includes the “presidents and athletic directors of Boston College, Boston University, the College of the Holy Cross, Merrimack College, Northeastern University, the University of Massachusetts, and Harvard University signed onto the letter, which was addressed to Massachusetts Senate President Karen E. Spilka, Speaker of the House Robert A. DeLeo, Senator Michael J. Rodrigues, Senator Eric P. Lesser ’07, Senator Patrick M. O’Connor, Representative Ann-Margaret Ferrante, Representative Aaron Michlewitz, and Representative Donald H. Wong.”

This past July, the Massachusetts House of Representatives signed off on HB 4887, allowing it to consider making its way through the legislative quagmire. The bill initially contained a provision for college sports wagers to be included; however, when it got to the Senate, the idea was axed. In siding with the branch in voicing their opposition to the measure, the schools’ representatives said in the letter, “Based on our years of experience, each of us believes that such legislation will create unnecessary and unacceptable risks to student athletes, their campus peers, and the integrity and culture of colleges and universities in the Commonwealth.”

Given that there is no foundation upon which to reach that conclusion, absent a widespread and legal college sports gambling industry, the push to keep college-level sports out of the mix doesn’t have a strong case. Harvard is viewed by most as educated and sophisticated, which makes it a little surprising that it would miss this blatantly obvious conclusion. Gamblers are going to gamble, regardless of whether or not it’s done in a legal, regulated environment or through offshore channels. It’s only through legalization and regulation that the gambling industry can be more transparent and integrity more enforced. If anyone thinks that student-athletes don’t already have the ability to make deals with sportsbooks, they haven’t done their homework.

The perception of sports gambling is changing, and nothing can be done to stop it at this point. Even the NCAA, NFL, MLB and more are onboard, and the fact that, soon, student-athletes will control their name, image and likeness for branding purposes shows how far things have come. Instead of wasting time trying to stop progress, the logical course of action is to create campaigns that discuss the potential pitfalls of gambling, as well as to educate students on things like integrity. That would seem to be precisely in line with Harvard’s motto, Veritas,” and its mission of educating “the citizens and citizen-leaders for our society.”