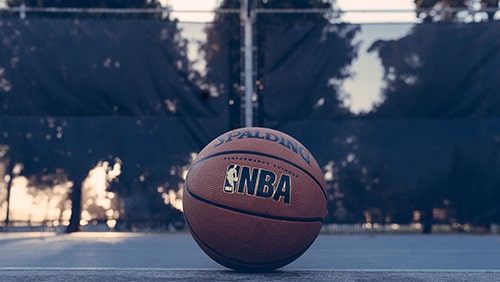 That’s over, however, as the fifth-seeded Heat shocked the top-seeded Bucks in five games Tuesday, closing things out with a 103-94 victory. It clearly helped Miami’s chances that Milwaukee superstar and lock repeat NBA MVP Giannis Antetokounmpo didn’t play Game 5 due to an ankle injury. The only game the Bucks won in the series was Game 4 when the Greek Freak injured the ankle early in the second quarter and didn’t return.

Miami was clearly the better team and has reached its first conference final since 2014, which was the last season of the LeBron James/Dwyane Wade/Chris Bosh dynasty. The Heat are the first No. 5 seed to reach the NBA’s final four since the Memphis Grizzlies in 2013.

The West top-seeded Lakers are up 2-1 on the No. 4 Rockets following Tuesday’s 112-102 victory. LeBron James had a huge game with 36 points and seven rebounds, and Anthony Davis had 26 points and 15 rebounds. Yet, it was “Playoff” Rajon Rondo who scored eight straight points during a 10-0 run early in the fourth quarter that put the Lakers ahead for good. Rondo, who missed the first round of the postseason due to injury, finished with 21 points and nine assists.

Incidentally, it was LeBron’s 162nd playoff victory, breaking a tie for the most ever with former Lakers guard Derek Fisher at 161. Los Angeles is a 5.5-point betting favorite for Game 4.

Houston looked great in scoring 64 first-half points Tuesday and leading by three but managed just 38 points in the second half as the Los Angeles defense clamped down on James Harden and Russell Westbrook. The Rockets played without one of their key reserves in Danuel House due to personal reasons – Coach Mike D’Antoni said it wasn’t COVID-related – and saw starting forward Robert Covington leave Game 3 with about five minutes left after taking an inadvertent elbow to the face.

Covington had 10 points, five rebounds and four steals in 36 minutes before being injured. Early reports are that he avoided both a concussion and broken nose and should play Thursday. The Rockets are 3-9 ATS in their past 12 games after a loss.