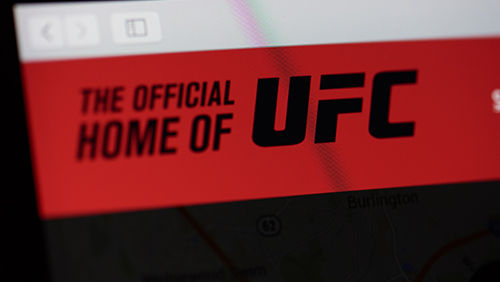 This Saturday’s UFC Fight Night card from the organization’s Apex facility in Las Vegas was to be headlined by a light heavyweight bout between the division’s second-ranked Thiago Santos and No. 4 Glover Teixeira, but Teixeira tested positive for COVID-19 so that has been shifted to October 3.

The new main event and now a five-round fight is the former co-main event featuring American female strawweights Michelle Waterson and Angela Hill. The strawweight champion is Weili Zhang with Waterson ranked No. 8 in the division and Hill No. 13.

The 35-year-old Hill (12-8) is a former World Kickboxing Association champion as well as Invicta FC strawweight champion. “Overkill” had a three-fight winning streak snapped in May via split decision to Claudia Gadelha. Most of Hill’s fights do go to the judges: She has seven wins that way and six losses; her other two defeats were by submission but Hill has never won via that route. She is a -130 favorite for Saturday.

Waterson (17-8), 34, is a black belt in American freestyle karate and a purple belt in Brazilian Jiu-Jitsu and a former Invicta FC Atomweight champion. “The Karate Hottie” has lost back-to-back fights in the Octagon to Carla Esparza and Joanna Jedrzejczyk. The defeat to Esparza was a controversial split decision. Waterson wins the majority of the time by submission (53 percent) and half of her eight losses are via decision. She’s even money against Hill.

At men’s flyweight, Matt Schnell, ranked No. 9 in the division (champion is Deiveson Figueiredo), takes on unranked Tyson Nam in another all-American matchup.

Some fans may remember Schnell (14-5) being featured in 2012 on the MTV reality series “Caged” based in Louisiana – Schnell is from Shreveport. The 30-year-old Schnell’s rise up the rankings came to a halt when his four-fight winning streak was snapped last December in a first-round knockout loss (punches) to Alexandre Pantoja. It was Schnell’s third fight in a row to end in Round 1 – “Danger” won the previous two via submission and wins most of his bouts (57 percent) that way. He’s a -105 underdog for Saturday.

The 36-year-old Nam (19-11-1) stopped a two-fight skid in June with a knockout by punches just 32 seconds into his fight with Zarrukh Adashev, after which Nam called out Schnell. Nam wins 58 percent of the time by KO/TKO and loses 73 percent by decision. Just one of his pro fights ended by submission (Nam won it). Nam is -125 for this one.