Home / Business / Seven of the biggest Premier League scandals ever 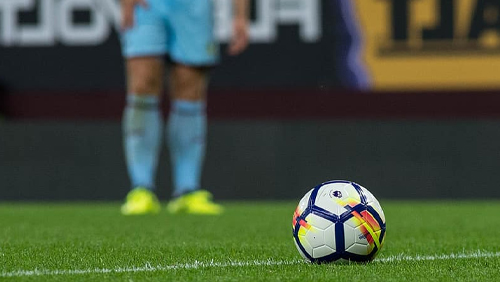 The Premier League is back this weekend, and we’ll have a full preview of the action later this week as we give you the inside scoop on where your sportsbetting picks should be. With a full nine months of drama to come, however, we thought we’d take the moment to look back at seven highly controversial incidents from years gone by which will never be topped… or will they?

Controversies certainly come larger than the 12-inches across that was launched by Spanish midfielder Cesc Fabregas, but at the time, ‘Pizzagate’ was a massive story.

It was back in October 2004 that Arsène Wenger’s Arsenal side visited Old Trafford as defending champions, on the back of a 49-game unbeaten run that would be ended in controversial fashion in Manchester.

With bad blood from the previous clash at the Theatre of Dreams hovering around the players, memories of the Arsenal players assaulting Ruud van Nistelrooy after his missed penalty months earlier had not been forgotten. United triumphed 2-0, ending Arsenal’s run, with van Nistelrooy himself scoring the crucial second goal from the penalty spot.

Cue mayhem in the tunnel after the game and a couple of platters of pizza did nothing to pour water on the Gunners’ rage at the perceived soft winner. Step forward Cesc Fabregas and a slice of Margerita in a moment that takes some ‘topping’.

It would be fair to say that Wayne Rooney was a man to whom controversy was not a casual acquaintance, but rather a friend who felt it was fine to turn up unannounced at any moment. From scoring against Arsenal at Goodison Park aged just 16 to allegedly having a brief moment with a lady who made pleasure her business in Liverpool before signing for Manchester United, the teenage Rooney was a magnet to the kind of tabloid wildfire that sells red tops.

Upon his arrival at Old Trafford, for a while it all seemed to centre around football, but another alleged dalliance with an escort landed Rooney in hot water, and when he asked to leave Old Trafford, it led to some sections of the United faithful booing the man who would eventually become their top scorer by netting bangers like this:

After making comments about a female lineswoman, Sian Massey, both Richard Keys and Andy Gray were hauled over several hot coals by their employers, Sky Sports. Disparaging, sexist and the work of two misogynists according to many observers, Keys and Gray were eventually banished after another off-air discussion was ‘leaked’… possibly by someone who’d had enough of working with them.

You make your own mind up about this “prehistoric banter” is acceptable behaviour for the face of beIN Sports nowadays. Sian Massey still remains one of the Premier League’s most respected linespeople to this day, the ultimate poke in the collectively jaundiced eyes of messrs Keys and Gray.

To have an affair is to set a terrible example as a human being to children, friends and family. But when Ryan Giggs, idolized by easily-swayed young men had an eight-year fling with his brother’s missus, it went way too far.

Ryan Giggs’ squeaky-bum reputation was seriously squandered when the news of his affair with his brother Rhodri’s wife was, ahem, exposed. Still, it did lead to a fantastic advert for Paddypower, the cunning swines.

It would be fair to say that in his illustrious career, Luis Suarez has been known for one thing. Racism. Hang on, what about the biting? Oh yes, that’s right – racism and biting. Possibly the worst offense in Suarez’s career was the racist slur he allegedly directed at Manchester United and France left-back Patrice Evra, but in that incident, it was perhaps the Merseyside club’s defence of their player which sticks in the throat of history.

No-one else took the heat when the Uruguayan was banned a total of three times in his career for bites, however. Suarez got all ‘bitey’ once for Ajax and Uruguay – to which Italian defender Giorgio Chiellini can testify – and once for Liverpool against Chelsea defender Branislav Ivanovic, who quite possibly still wakes due to night terrors of being turned into a kebab.

The sheer atrocious nature of this tackle on the football pitch almost wins this countdown for Roy Keane. Having been rather innocuously injured by Haaland when playing against Leeds and doing his ligaments, ‘Keano’ dined on a diet of cold revenge for nine long months.

Cut to Old Trafford and a slightly short pass gives Keane the chance to make up for Haaland leaning over him at Elland Road accusing his opponent of faking his injury. There was no way Haaland was getting up after this abominable assault, and shockingly, the tackle ended his career. Keane later admitted it was deliberate in print and still didn’t get sued. You can bet the Norwegian father of Erling Braut Haaland might have had something to say about his son moving to either Dortmund or United last January.

It’s not fair to say that John Terry has fallen out with every Premier League footballer he played against, because we know for a fact that in 2010, one of the Burnley squad had to dash off early for a dentist appointment.

Terry has, it is fair to allege, been on the wrong side of a couple of disagreements in Premier League history. In fact, he is the player for whom shaking the hand in the pre-match ritual (that seemed odd even before COVID-19 struck) became something to avoid at any cost.

Not only did Terry allegedly conduct a brief affair with a former girlfriend of Wayne Bridge, leading to two shuns at the handshake line-up from the former Chelsea teammates, but he also threw the worst word in the insult dictionary (yes, that one) in the direction of Anton Ferdinand, coupling it with some racist slurs for a cocktail of abuse. Understandably, Ferdinand junior – and senior – had no desire to shake John Terry’s hand, or press palms with Ashley Cole, who stuck by his Chelsea teammate when it seemed almost suicidal to do so.

Here’s a collection of missed handshakes to end on, with many of them featuring the former Chelsea and England captain John Terry. Not convinced? We’ll shake on it.