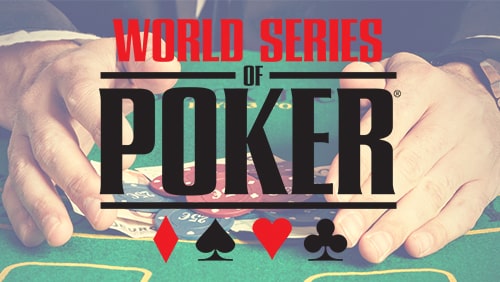 With the 2020 World Series of Poker winding down on GGPoker, there has been drama in events other than the Main Event, and plenty of thrilling videos put out there on the official WSOP Twitch channel. One exciting tournament to conclude this weekend was the $1,050-entry ‘Beat the Pros’ event, which featured 2,024 entries and saw Malikeh Jamali wins her first-ever WSOP bracelet.

After 13 hours of play, it was the relatively inexperienced Iranian player Jamali who sealed the deal, taking down the title – and winning that most mystical of poker trophies, the golden WSOP bracelet – for $239,180, four times the size of her biggest previous poker result. To do so, she had to escape the clutches of some of poker’s most well-known names.

Jamali, who took the lead in the event with just three tables left, was up against some top opposition and can be proud to have taken the title after surviving a final table no-one would relish taking on, such was the standard of player.

By the time play reached the final table, Jamali was in the mood for the victory and winning the biggest prize on offer from the $2 million paid out. Elio Fox was the second player to leave the final table, busting in 8th place after Vadim Stoyanov had left the party in 9th place. Fox was all-in pre-flop with ace-nine and called by the pocket kings of Dylan Linde, who held to eliminate an opponent he would have been delighted to outlast.

After Peter Chien busted in 7th place, it was the turn of Mike Leah to depart, with the popular Toronto Blue Jays fan and live poker legend busted when his ten-high flush lost to Jamali’s queen-high flush. The big exits weren’t over, and Martin Zamani was next to go. Zamani was all-in on the flop with king-seven on a flop of 6-8-9, up against Jamali’s pocket nines. A fourth nine on the turn sealed the deal and reduced the field to four.

Leonid Yanovski only had seven big blinds in the middle when his final move was made, Andre Difelice making the call with king-queen, plenty ahead of Yanovski’s jack-nine suited. While the board offered Yanovski some false hope on the turn with an open-ended straight draw, all hope was snuffed out on the seven river, meaning Difelice’s pair of queens on the flop was good enough.

Three-handed, Difelice got the better of Jamali in what seemed like a crucial pot at the time, winning with set over set to vault up the leaderboard and cost Jamali the lead. However, Difelice’s next move would be his last, as his pre-flop all-in with ace-six ran into the monster hand of Linde’s pocket kings, which held to send play heads-up.

With his vast experience, Linde was favourite to win heads-up, even with a slight deficit to make up, the American holding 24 million chips to Jamali’s 26.5 million. The stacks were deep enough for an epic game of smallball, which may have favoured Dylan Linde, but it never happened. One pot went Jamali’s way after she bet the turn on a three-spade then shoved the river of a six, which completed the open straight draw.

Linde folded, and saw himself at a 3:1 deficit when the crucial hand played out. On a king-king-three flop, both players checked. Linde had queen-three and bet the five on the turn before shoving the four river. Jamali had the easiest call to make ever, turning over king-four for flopped trips and a rivered full house.

An outstanding victory, a fantastic final table and a great standard of play throughout – what a WSOP bracelet event to win. That honour befell Malikeh Jamali, while Dylan Linde had to settle for the $147,447 runner-up prize.