Home / Sports / Which Premier League clubs will be relegated this season? 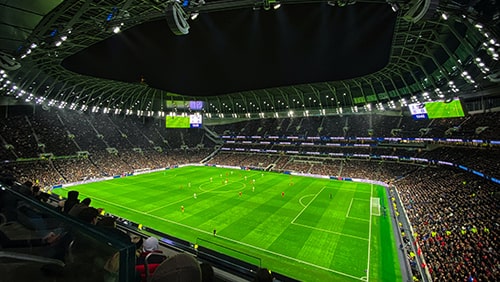 The Premier League kicks off in just a week as Fulham (5/1) host Arsenal (8/13) at Craven Cottage. The home side will kick off the season as one of the favourites for the drop and an immediate return to The Championship.

Are the West London side doomed, however, or should you bet on others to suffer the ignominious fate of relegation from the greatest league in the world of football? Let’s take a look at the best Premier League relegation odds currently on offer.

It’s hard to look past the three favourites for the drop without at least picking one of the sides for a trip through the most painful trapdoor of all. Parachute payments may be guaranteed, but there’s nothing to console players for losing their places in the Premier League.

Fulham are 11/10 joint-favourites for the drop with West Brom, but while West Brom limped over the line into the second automatic promotion place, Fulham had to do it the hard way, winning the Play Off final. Despite them finishing below The Baggies in the table, we’d rate Fulham’s chances of survival as slightly higher than the Midlands side, who we think are doomed. Fulham might struggle too, but they have Alexander Mitrovic up front and at Craven Cottage, a tight ground on which to play for many teams with flowing football often stilted, it could be a leveller.

It might take until the last day, but we can see Fulham possibly surviving. Aston Villa are poor bets at 2/1 having strengthened with the arrival of £16m Matty Cash at right-back and Manchester United stopper Sergio Romero in goal for an as-yet-unconfirmed amount.

Each of the next three sides could be accused of not investing heavily enough in their squads ahead of the coming season. Crystal Palace are 9/4 to go down, but manager Roy Hodgson is a 6/1 shot on being the first manager to leave his post, the favourite. Surely that suggests the South London side might struggle.

Newcastle United saw their hopes of a takeover go up in flames, missing out on a lot of money to buy players in the pre-season period, so odds of 5/2 on them failing to survive aren’t too cruel. We don’t understand the 7/2 on offer for Burnley to be relegated, however. Consistent, hard to beat and still – somehow – retaining the services of James Tarkowski, Sean Dyche’s side are better bets to threaten the top half.

While we think the odds of 4/1 that either Sheffield United, Brighton, Leeds United and West Ham will go down to be slightly short in most cases, the two Yorkshire clubs worry us the most. West Ham have London as an appealing prospect to emergency January signings, but can the same be said for European players heading to Bramall Lane or Elland Road?

Brighton score goals and look to be moving in the right direction, but either Sheffield United or – more likely – Leeds might struggle once the euphoria of playing in the Premier League wears off. If we had to put money on one of these four to drop, it would be The Whites.

Other Bets to Consider

A relegation treble is a great way of betting on an accumulator at the start of the season. We like West Brom/Fulham/Brighton at 33/1, as well as Crystal Palace/West Brom/Fulham at 25/1. Brighton, West Ham and Fulham all to go down are a possibly attractive 100/1 if The Hammers encounter early problems.

Wolves have lost Matt Doherty to Spurs and if they were to miss Adama Traore or Raul Jimenez for any of the season, could be good bets at 10/1 to finish in the bottom half of the Premier League (11th and below) come May 2021.

West Brom are a fantastic 5/1 to be the lowest-scoring side in the league, while West Ham are an attractive 12/1 to be bottom at Christmas, a location David Moyes knows very well.

All other sides are 10/1 or greater odds to go down. Odds courtesy of www.oddschecker.com