About a month ago, Score Media and Sports, the Canada-based company behind theScore Bet, announced the completion of a funding round that added $25 million to its piggy bank. The money would be used for the company’s sports gambling expansion plans in the U.S., and it hasn’t wasted any time putting it to good use. theScore Bet is now live in Colorado, bringing its mobile sports gambling app to the Centennial State’s sports gambling fans. Colorado is the second state to receive the company after it launched in New Jersey last year, Score Media already has its sights set on Indiana as its next target. 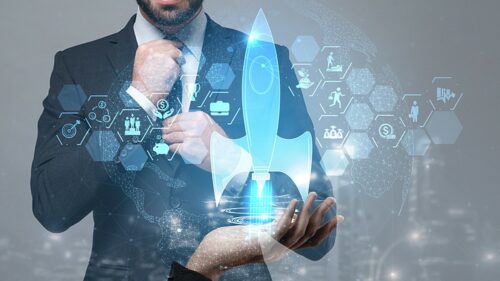 According to a press release by the company from this past Wednesday, theScore Bet app for both Android and iOS is now available. The launch was made possible thanks to an agreement with Jacobs Entertainment, the casino operator behind The Lodge Casino and The Gilpin Casino in Colorado, as well as others in Nevada and Louisiana. Through the app, sports gamblers can access a number of bet types and pre-game and in-play betting options for different sports events. The app is designed to be borderless, which means it can seamlessly be used anywhere sports gambling is legal.

Asserts theScore founder and CEO John Levy, “The passionate sports fans of Colorado are going to love theScore Bet and we’re thrilled to begin our multi-state rollout here, right in time for football season. The way we’ve uniquely fused media with gaming delivers a totally unrivaled product for fans, unlike anything else in market today. theScore is already the sports app of choice for a huge number of fans in Colorado, and we’re confident theScore Bet is going to quickly become their favorite sportsbook too.”

The timing of the launch could not have been any better. The NFL season is scheduled to get underway on September 10, less than a week from now, and sports gamblers in Colorado can take advantage of different promotions offered by theScore to get accustomed to the app. There is a “$100 Free Bet” option that is available for first-time bettors and $1,000 can be grabbed via a cashback promotion pinned to wagers placed across the first 60 days of operation. As always, there are restrictions and conditions, so gamblers need to check out the details before jumping in.

Targeting Colorado was a smart move, given the state’s potential to be a leader in the U.S. sports gambling market. Several industry insiders have asserted that the state is poised to see a lot of action that could possibly rival what has been seen in Nevada and Atlantic City. Despite the coronavirus pandemic, the Centennial State saw a handle of $25.62 million in May and things continue to get better. June saw $38.2 million and July saw $59.2 million. With football just around the corner, the market is going to explode.