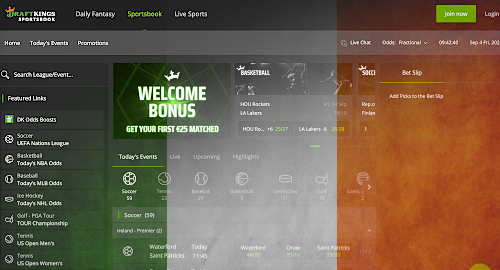 This week saw the soft launch of Sportsbook.draftkings.ie, which is operated by Crown Gaming Malta Ltd under a remote bookmaker’s license issued by the Office of the Revenue Commissioners. The site marks DraftKings Sportsbook’s first launch outside the company’s US base.

For the moment, the site is a pure sportsbook with a few local options thrown into the mix (Gaelic football, hurling) but the site reportedly plans to launch an online casino in due course. That’s technically not permissible, given Ireland’s demonstrated inability to update its prehistoric gambling legislation, but everybody else does it, so why not?

The site is powered by SBTech, which DraftKings acquired this year ahead of its initial public offering. The site is also a test of DraftKings’ ability to shift its betting operations from its current platform provider Kambi, which will officially sever ties with DraftKings in another year or so. Fingers are likely crossed for no ‘cyberattacks’ of the kind that knocked some SBTech clients offline for several weeks this spring.

Ireland was also the first overseas market that DraftKings chose to launch daily fantasy sports operations way back in 2017. DraftKings also opened its first international office in Dublin, which was expanded this spring to accommodate a growing Irish team focused on the technology behind the company’s sportsbook operations.

Meanwhile, DraftKings CEO Jason Robins will be making the rounds of various conferences this month to tout his company’s plans for world domination. Robins is scheduled to speak at the SBC Summit in Barcelona on September 8, a Goldman Sachs confab dealing with special purpose acquisition companies on September 9, followed by a Bank of America 2020 Gaming and Lodging Conference on September 17.