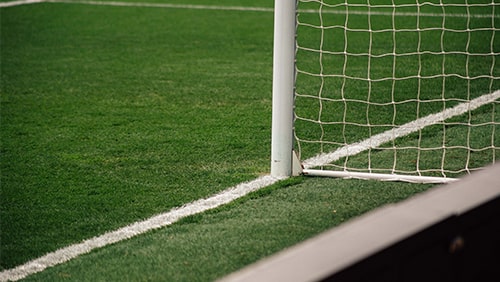 The return of International football on the eve of the Premier League coming back may seem like the most senseless decision to make since Celtic player Boli Bolingoli-Mbombo’s decision to pop over to Spain, but it doesn’t mean sportsbettors aren’t interested in it. In fact lucrative futures markets on offer.

Last time out, of course, the Nations League came to a dramatic conclusion as England and Switzerland fell by the wayside in the semi-finals before Portugal edged out Holland in a thrilling finale.

Let’s take a look at which futures markets are worth investing in.

It’s notoriously hard to predict which countries will take the Nations League seriously, but the current favourites are France at a best price of 5/1, not something available across the board. They’re the bookies picks, followed by Belgium and England (both 6/1). We’d swerve all three of those, however, with both Belgium and England plagued by inconsistency and the French looking to mix it up in this tournament by the looks of their squad, overhauling their World Cup-winning side and planning for next year’s European Championships in earnest.

Of the sides that follow, Holland (8/1), Spain and Italy (both available at 12/1) all worry us, with Spain not knowing whether to stick or twist in a phase of transition for the country, with Holland having recently lost their manager Ronald Koeman to Barcelona. Italy have potential, but without real experience of winning major tournaments in their ranks, may be one to watch next summer rather than in International friendlies.

Both our picks would actually be available at fairly long odds considering each country’s merits. We like the look of Germany to win at 16/1, as the side who often come out on top treat every event seriously and were unlucky to miss out due to a late Holland goal in the last Nations League, something they’ll want to make up for, even in a tough group containing Ukraine, Spain and Switzerland.

Elsewhere, the mighty Croatia, who reached the last major International final in losing the 2018 World Cup to France 4-2 in the final game, are available at an amazing 33/1. For a side packed with talent and a real cutting edge with players such as Real Madrid’s Luka Modric, Bayern Munich’s Ivan Perisic and Barcelona’s Ivan Rakitic

Group betting is a great way of having something on each group, and while some look difficult to call the value pick on, others look easy.

It’s hard to look past Germany to win League A Group 4, and at 11/10 represent great value. We’d pick Italy to surprise Holland in Group 1, with the Italians available at 11/8 compared to 5/4. In Group 2, it looks like a shootout between Belgium and England, and on that front, we’d rate the Belgians as a slightly better shot at Evens than England at 6/5. Denmark (10/1) and Iceland (20/1) are looking rank outsiders to progress from that group.

In terms of the opening round of games, we like Germany to beat Spain at 11/8 in their opening game, with players such as those in the Bayern Munich Champions League winning side to make mincemeat of what has become an unassured Spanish defence in recent years. In the last five International games, Germany have scored a whopping 17 goals.