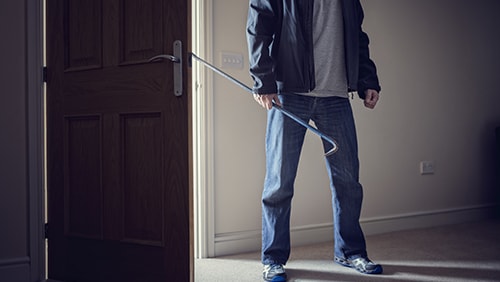 The home of poker legend Antonio Esfandiari has been burgled to the tune of $1 million, it is alleged.

In a report on PokerNews, Esfandiari spoke about the burglary, for which the alleged burglar has been taken into custody, the Las Vegas Review-Journal breaking the news that Svitlana Silva, aged 46, is suspected of taking Esfandiari’s possessions on July 14th.

The alleged burglary appears to have taken place due to Silva obtaining the key codes, possibly from knowing Antonio’s father, Bijan Esfandiari. Silva allegedly took $50,000 in cash, as well as somewhere approaching $500,000 in casino chips, jewelry and – the worst kick of all for the Magician – the famed 2012 Big One for One Drop WSOP bracelet.

Taking the valuables to play in high stakes poker games, Silva undoubtedly didn’t quite perform at the same level Esfandiari might have done, at least early on, suspicions were raised on the back of Esfandiari describing the chips that were taken. With Silva frequenting ARIA and The Bellagio, the police swooped, and as Esfandiari told PokerNews, he believes karma will do its work.

“The universe has a funny way with karma and what goes around always finds a way to come around. He said, before listing some of the most precious items taken, including his bracelet. “Worse than all that was knowing that somebody stole from my dad. He’s the most special human on Earth and it killed me that someone would do something so selfish to him. That was the real pain.”

At the time of her arrest, Silva was caught practically red-handed, with cash and chips on her person and in her car. Bizarrely, she denied the charge, saying that she’d seen someone else doing the stealing at the apartment. If she had, then maybe the good Samaritan charge ciuold be levelled at her, given the valuables went missing on July 14th and the chips were used around August 11th.

Esfandiari is clearly upset about the burglary and rightly so – not only the breach of his father’s possible trust, but the manner in which highly personal items as well as the monetary value will have angered him too.

The potential for rich poker players has always been something to follow the very best like their shadow. Sam Trickett was assaulted within hours of losing heads-up to Esfandiari in that famous 2012 One Drop showdown. Others have been playing EPTs when their laptops have been hacked and their money taken.

This latest arrest and subsequent investigation into a major crime will have worried and angered Esfandiari and his family. It will also act as a warning to other poker players that during such fragile times, people are as broken too and those with the relative comfort of being well off would do well to keep their recure possessions fully secure during the ongoing global pandemic.