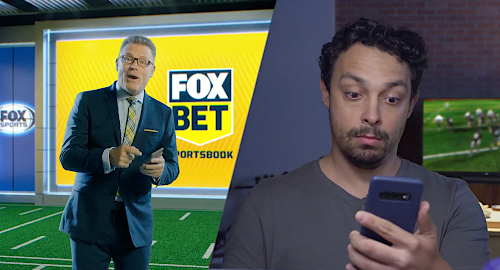 US football fans are in for an unprecedented deluge of betting-related broadcasting this fall, from dedicated programs talking odds and lines to endless commercial pitches.

As the clock counts down to a new NFL season – assuming it’s not sacked for a loss by COVID-19 – bettors in states where such activity has been legalized are taking to social media to vent about the inescapable betting-related promos from local licensees.

Some viewers claim at least one, and often more than one, wagering promo features in every single ad break on some sports-focused outlets. The nonstop pitches are causing some viewers to have unfortunate flashbacks to 2015, when today’s betting leaders DraftKings and FanDuel ran (literally) 214 hours’ worth of daily fantasy sports promos in the month of September alone.

Among the more outlandish/irritating spots features Howie Long and Terry Bradshaw, Fox Sports personalities and now brand ambassadors for Flutter Entertainment’s Fox Bet brand. The two released a promo that really needs to be seen to be believed, with lots of shouting, frequent yelling of the word ‘boom’ and more fake lightning than Back to the Future.

On Tuesday, BetMGM, the joint venture of MGM Resorts and GVC Holdings, announced a new ‘multi-year’ partnership with VSiN, The Sports Betting Network, which launched in 2017 under the guidance of Brian Musburger, son of broadcasting legend Brent Musberger.

The BetMGM and VSiN partnership will include a new show called Betting Across America broadcast live from BetMGM sportsbooks and studios in US betting states weekdays from 3-5pm EST and weekends from 1-3pm. The show is promising “unprecedented insights and access to live sports betting data,” which we guess is a relief for anyone who thought it might be a cooking program.

Finally, Monday brought the debut of the new ESPN studio at Caesars Entertainment’s Linq property in Las Vegas, plans for which were originally announced in May 2019. The 6k-square-foot facility, which features three studios and 12 cameras, will be the new home of (among other things) the channel’s Daily Wager program, which has been on pandemic-related hiatus, starting September 8.