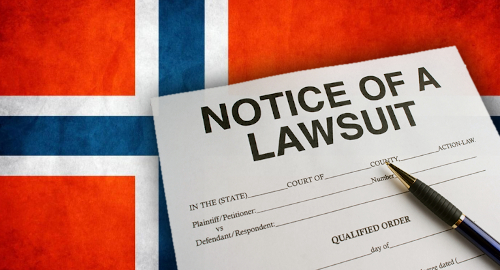 Norway’s new unified gambling law has been submitted to the European Commission (EC) for approval but a local broadcaster has mounted a legal challenge of the law’s ban on online gambling advertising.

Last week, Norway submitted its new draft gambling act to the EC for perusal to ensure it conforms to European Union edicts. The draft is therefore in a ‘standstill’ period, meaning interested parties can submit objections until November 13. If the EC finds no fault, the law will take effect on January 1, 2021.

A couple months ago, Norway’s government proposed unifying the three existing gambling laws into a single document. The intention was to shore up the Norsk Tipping (lottery, betting, casino) and Norsk Rikstoto (racing) monopolies, while giving the government greater powers to combat unauthorized competitors.

The draft law includes the right for the Lotteritilsynet regulatory body to impose “coercive” fines, either as a daily penalty or a lump sum, when it detects unauthorized activities. The regulator also reserves the right to impose coercive fines “in advance” if it feels a transgressor will likely continue to conduct themselves with no regard for Norway’s rules. Prison sentences of up to three years potentially await particularly egregious offenders.

The draft also prohibits marketing or ‘contributing’ to the marketing of gambling products not permitted under this act, such as those involving “high turnover, high prizes or the highest risk of causing gambling problems,” which are reserved for the monopolies.

Last week, Norwegian media outlet Kampanje reported that Discovery Networks Norway and its Sweden-based parent company Nordic Entertainment Group had filed a lawsuit against the state based on their view that the ban on Norwegian-targeted advertising from media based outside Norway is a violation of European Economic Area law.

The negative impact of the ad ban on the broadcasting group’s revenue has been estimated at between NOK250m-500m (US$27.7m-$55.4m) per year. Discovery communications director Espen Skoland said the broadcaster had no intention of abiding by the draft law’s provisions. The Oslo District Court has given the state until September 18 to respond.

Ministry of Culture secretary Gunhild Berge Stang told Kampanje said the state saw “no basis for Discovery’s lawsuit.” Stang added that it would be up to the Medietilsynet (Norwegian Media Authority) to determine how to respond if broadcasters failed to abide by the new rules come the new year.

Norsk Tipping’s responsible gambling chief Bjørn Helge Hoffmann recently commented on a University of Bergen study that found 1.4% of Norwegian gamblers could be classified as problem gamblers, up from 0.9% five years ago. Hoffman said the study demonstrated “the importance of stopping the advertising of casino games and further limiting the availability of foreign gaming companies.”

But Hoffman rejected the study’s findings that 82% of players who use Norsk Tipping’s Belago electronic gaming machines showed some risk of gambling problems. Hoffman said the stats demonstrated “a lack of understanding” of the study’s mechanics or “deliberately misuses the numbers to advance one’s own case.”