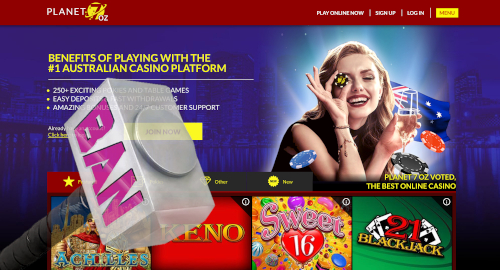 The sites all operate under Curacao-issued licenses, which seems to be the primary focus of the ACMA’s ever-expanding blacklist (the nine additions bring the total number of sketchy sites to 92). The ACMA also seems overwhelmingly focused on sites offering online casino games, which aren’t allowed under Australia’s amended Interactive Gambling Act 2001.

The ACMA said it had received “numerous complaints” about these sites, including “withholding winnings and poor player treatment.” The ACMA urged Aussie punters with money on these sites to withdraw it now.

NOT SO SUPER SPENDING

Speaking of money, the government may be rueing its decision to allow Australians to permit tax-free withdrawals of up to AU$20k – in two stages of AU$10k apiece – from their superannuation funds to help deal with COVID-19 hardships. New data shows Aussies who availed themselves of this program actually increased their spending rather than simply maintaining it, and much of that spending was anything but essential.

On average, Aussies who withdrew cash from their supers took out around AU$7,500 in each of the two stages, of which around two-thirds was spent on discretionary items, including clothing, furniture, restaurants, alcohol, tobacco and (yep) gambling. Men spent around 10% of their withdrawn super cash on gambling, while women spent around 6%.

Australians’ apparent eagerness to fritter away their retirement cash on gambling may have contributed to the state of Queensland introducing draft legislation last week to prohibit Australian-licensed online sports betting operators from ‘inducing’ state residents to open a wagering account or to refer a friend to open an account.

The state of New South Wales has long had inducement laws on its books, and operators caught stepping over those red lines are paying increasingly heavier fines for doing so. The under-development National Consumer Protection Framework will eventually impose similar restrictions on a nationwide basis, but it’s yet to be imposed.

Queensland Attorney General Yvette D’Ath said the state needed its own rules to deal with “excessive and unsafe gambling levels.” Queensland plans to go one better than NSW by also banning operators from offering any incentives to discourage existing customers from closing their betting accounts or unsubscribing from direct marketing pitches.