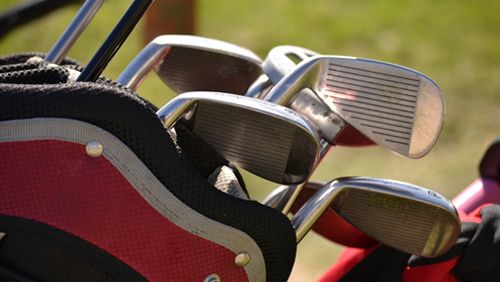 Sports gambling is exciting because, in many cases, surprises pop up that few would have expected. An example of this can be found in the Wyndham Championship, part of the PGA Tour. The tournament played out this past weekend at the Sedgefield Country Club in Greensboro, North Carolina, bringing together top names like Brooks Koepka, Webb Simpson, Justin Rose and more. Koepka and Rose are among the top ten golfers in the world, and were looking at short odds to win the tournament; however, they wouldn’t make it, and the golfer who ended up taking down the entire field came out of nowhere to blow everyone away. Jim Herman was, before the tournament, ranked 318th in the world, but showed off his skills this weekend on his way to a major victory. Not only did he win, but so did the sportsbooks who took action on the event.

Because of his official ranking, the odds listed for Herman were around 600/1. Placing just a $5 bet – less than what most people spend picking up a coffee and a scone at Starbucks – resulted in a gain of $3,000. According to the Westgate SuperBook out of Las Vegas, there was only one bet placed on Herman for the event, and that was only for $2. Still, a $1,200 gain off of $2 is an awesome return.

No one expected Herman to do so well, not even the golfer himself. He said in a statement following his victory, “I guess whenever you win, you never really, truly expect it. I mean, there’s the guys at the top. They’re expected to win every week and they should expect that. They’re that good. You know, we’re all really darn good out here. But the mental game, it beats you down.”

The win pushed Herman up to 91st place in the PGA rankings, but also gave him some padding. He picked up a two-year exemption on the PGA Tour and automatically earned entries into three events – the 2021 Masters, the PGA Championship and the PLAYERS Championship. Then, there’s the cash he earned, which probably deserves a mention, as well. His performance added $1.152 million to his wallet.

It also put a considerable amount of money in the wallets of the sportsbooks. Given that most gamblers were going after the favorites, the house won big time in this case. DraftKings reports that it took a $500,000 wager for Si Woo Kim to win at +125. The South Korean pro ended up in third, saving the sportsbook from having to pay $625,000 on the wager and, at the same time, allowing it to keep the half-million-dollar bet. Other sportsbooks also saw huge bets that didn’t pan out, giving the operators as much excitement as Herman got for winning.