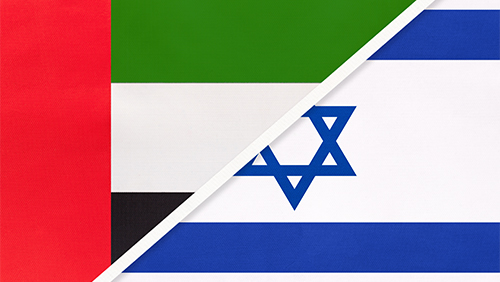 Israel and the United Arab Emirates (UAE) have signed an agreement most thought would never be possible. Last week, the two nations entered into a new era of mutual trade that could potentially bring “hundreds of millions” of dollars of economic benefit to them both. The accord could also pave the way for other Arab countries, like Oman and Bahrain, to follow suit and establish similar agreements with Israel.

Israel and the UAE have decided to become diplomatic allies, which is going to alter the political landscape in the Middle East. It marks the first time the two have come together in the region, and is highlighted by Israel’s promise to stop its West Bank annexation plans. The agreement will also lead to greater regional investments in areas such as security, telecommunications, technology and others, as well as greater ties with “other countries in the Arab and Muslim world,” according to a statement issued by Israel, the UAE and the U.S., which brokered the deal.

The statement adds, “This historic diplomatic breakthrough will advance peace in the Middle East region and is a testament to the bold diplomacy and vision of the three leaders and the courage of the United Arab Emirates and Israel to chart a new path that will unlock the great potential in the region. All three countries face many common challenges and will mutually benefit from today’s historic achievement.”

According to different sources, the agreement has the potential to create a windfall for the region. Israel’s Economy Ministry predicts that exports to the UAE could reach $500 million and that the latter’s investment in Israel could potentially hit $350 million annually. Currently, Israel’s exports to the country are around just $300,000 a year. Both governments are said to be already working on programs that will facilitate the components of the trade agreement, including innovation in FinTech, digital technology, medical equipment, tourism and more.

Those figures could jump substantially if other Arab nations become involved. Jordan and Egypt, until now, were the only two to have official diplomatic relations with Israel, but that country’s intelligence minister believes more changes are coming. According to Reuters, Eli Cohen told Israel’s Army Radio, “In the wake of this agreement will come additional agreements, both with more Gulf countries and with Muslim countries in Africa. I think that Bahrain and Oman are definitely on the agenda. In addition, in my assessment, there is a chance that already in the coming year there will be a peace deal with additional countries in Africa, chief among them, Sudan.”