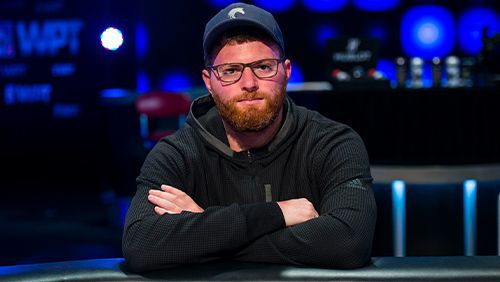 The latest winner on the World Poker Tour, as part of their highly successful World Online Championships, Nick Petrangelo took down the Six-Max title for a massive score of $494,550.

The Mike Sexton WPT Champions Cup, recently renamed to much fanfare, has a new name on it as Petrangelo, who has carved out an already superb reputation in live poker, won the online version of a WPT as he took down the $3,200-entry Championship, beating the player who went into the final table with the lead.

Once that was reached, it was Artsiom Prostak who was the man to catch, and he had almost twice as many chips as his nearest competitor, with Petrangelo one of the also-rans in terms of chips, hoping to stay in the hunt but without the stack to wield the axe.

It would be Jake Schindler who busted first, all-in with pocket kings but unable to survive against Prostak. Petrangelo, however, had better luck, doubling through Elior Sion when pocket aces held against pocket jacks. Sion had only five big blinds left and lost those busting to Jiachen Gong.

Gong himself would not last much longer, all-in with aces against Petrangelo, who managed to hit trips with jack-ten, two jacks coming to knock out Gong with a dash of irony to add to his misfortune.

With four players left, Patrice Brandt would be next to depart, all-in on 4th street with top pair, falling to Prostak’s set. Prostak, however, wasn’t running away with it entirely, that was until the latter called the all-in of Arsenii Karmatckii , whose ace-king couldn’t hit against Prostak’s pocket jacks.

Heads-up Prostak had three times Petrangelo’s chips, but when Petrangelo bluffed the leader off a flush with just ten-high – Prostak had a jack of diamonds to match the four on the board, too – the momentum shifted. When Petrangelo took the chip lead moments later, the writing seemed to be on the wall and so it proved when flopped trips for Petrangelo saw Prostak shove top two on the river and get a call from the winner.

Congratulations to the #WPTWOC 6-Max 🏆 who wins a seat to the #WPTTOC presented by @Baccarat Crystal, a @Hublot watch, Everyday @Baccarat Tumblers and his name on the Mike Sexton WPT Champions Cup. pic.twitter.com/UB2SeeL2A7

You can watch all the coverage of the final table right here, as Nick Petrangelo became the latest WPT champion.