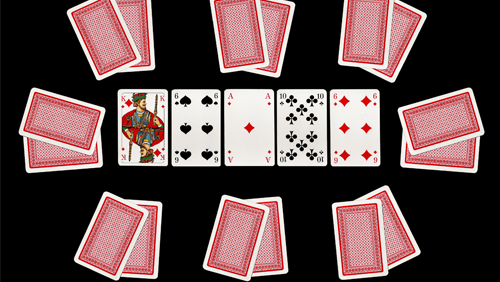 David Peters won his second WSOP bracelet the hard way. The $10,000-entry Heads-Up Championship was always going to be difficult but making it past Alyssa MacDonald and Michael Addamo looked like an extremely tough way to win gold.

In beating Addamo, Peters not only won his second bracelet, but he also made sure that Addamo remains on two wins himself, rather than extending his record to three bracelets. That’s unlikely to be at the front of Peters’ thoughts today, but for poker historians, it might mark an important bookmark.

Peters, of course, had already won through to the semi-finals in fine style. In the Round of 128, he took care of Johan Guilbert, before getting the better of Sami Kelopuro and Scott Woods in the next two rounds. With just 16 players left, Peters beat the super-talented high roller regular Sergi Reixach, before eliminating Stefan Burakov at the quarter-final stage.

The final four may have been at the top of their respective games, but they also had quite a wait for the conclusion of the event. Last weekend saw the 128-player capped event feature appearances from players like Dan Bilzerian, Daniel Negreanu and Mike Leah – who beat the aforementioned Bilzerian). Not all could make the money, of course, though ‘Kid Poker’ racked up another cash for Team GGPoker, as did his former PokerStars stablemate Bertrand ‘ElkY’ Grospellier.

Having waited almost a week to take on MacDonald, Peters fell behind out of the gate, but then came back, grinding his opponent down in a series of small pots that yielded a big lead, roughly 2:1 in the chipcounts. After an hour and a half of play, MacDonald flopped a top set, while Peters had middle pair. He also had a gutshot and picked up a flush draw on the turn, and when the gutshot came in on the river, that would end MacDonald’s efforts.

Addamo, meanwhile, had made his way past British player Chi Zhang, and in the final heads-up, took on Peters knowing that if he won, he took the lead and held it for quite some time. Addamo had enjoyed a much quicker semi-final that gave him time to readjust for the final, and it showed.

Peters, already on the back of a mentally taxing win against MacDonald, was forced to play something of a comeback game, hanging in pots, stealing where he could and hanging onto Addamo’s metaphorical coattails.

For eight levels, the Australian held the chip lead, but Peters wouldn’t go away and when he managed to make a straight flush, he got in in good and got the call from Addamo, who had the nut flush with an ace. The stacks were level.

Peters, perhaps now believing that fate was on his side, continued to press and moved ahead in the chipcounts, winning several hands on the bounce. Addamo was short-stacked and although he did briefly double back into contention, he was behind Peters when he moved all-in with jack-three. Peters made the call with ace-king and an ace on both the flop and turn, as well as a king on the river, gave him a full house to end the contest.

After winning a WSOP bracelet in 2016, David Peters has added a second in this WSOP 2020 Online Series, cashing for $360,480, a drop in the ocean of his winnings over his live career, that being $33 million. Addamo, on the back of a long week at the felt, was consigned to the runner-up position, winning $223,488.