Apple looks like it doing its best to piss off all of the video gamers in the world. After a crafty move by Epic Games, they are now facing a lawsuit that could spell an end to their total control over iPhone devices. 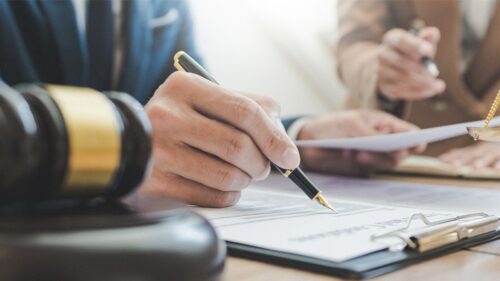 This story really started on August 5, when Microsoft announced they would not launch their upcoming xCloud gaming service on the iOS app store. Apple wouldn’t approve their service, claiming they could not review cloud games to ensure they meet the strict standard of platform. Industry insiders though believe this has much more to do with Apple not getting a cut of profits Microsoft would make from the service.

Epic appears to have proven that point with a series of moves designed to make Apple show its hand. Fortnite, one of the most popular games in the world, was available on the App Store up until August 12. Then, publisher Epic Games introduced a payment option that would not let Apple collect its standard 30% fee for all in-app purchases, and gave all of the savings to the consumer. Apple responded by removing Fortnite from the App Store.

“Today, Epic Games took the unfortunate step of violating the App Store guidelines that are applied equally to every developer and designed to keep the store safe for our users. As a result their Fortnite app has been removed from the store. Epic enabled a feature in its app which was not reviewed or approved by Apple, and they did so with the express intent of violating the App Store guidelines regarding in-app payments that apply to every developer who sells digital goods or services.”

The new payment option also got Fortnite taken off of Google Play, however Android users can still download the game directly from Epic Game’s launcher. Apple users who already had Fortnite can still play the game, and purchases through Apple’s approved payment method would still give the platform owner their 30% cut.

Apple’s decision to shut off access to Fortnite was expected though. Epic Games quickly filed a lawsuit against Apple moments after the ban, alleging their control over iOS devices is “unreasonable and unlawful.” A representative added:

“Apple’s removal of Fortnite is yet another example of Apple flexing its enormous power in order to impose unreasonable restraints and unlawfully maintain its 100 percent monopoly over the iOS in-app payment processing market.”

Although the game can still be downloaded for Android devices, Epic Games filed a similar lawsuit against Google, alleging they also engage in “anti-competitive conduct.”

The big question is, what if Epic Games wins? For the mobile gambling industry, gaining a new way to bypass the iOS App Store could create huge opportunities for future growth, and having a way in to the Google Play store could help a growing industry explode. That could make things much easier for operators all over the world, but also create a huge regulatory backlash if the more unscrupulous elements of the industry get there first.