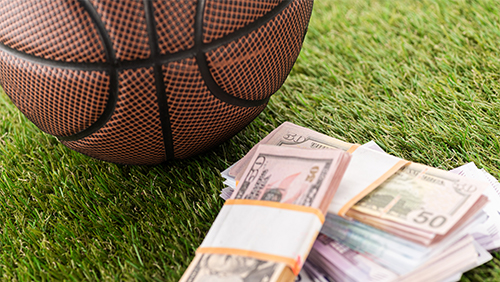 Thursday marks the penultimate day of the very unusual 2019-20 NBA regular season with seven games on the schedule from the Orlando bubble. Frankly, three of the games are completely meaningless and some starters are going to sit out ahead of the playoffs, which will begin on August 17.

Even in the four games that matter, they only do for one of the teams so it’s hard to know how much the team that has nothing to play for will care in terms of playing key guys. What’s at stake Thursday is which teams will earn spots in the Saturday play-in game for the Western Conference’s final seed. The No. 9 seed will play the No. 8 in that; if the eighth seed wins, it earns the final spot. If the ninth seed wins, it plays the eight again the next day in a winner-take-all for the final spot.

Led by the scorching-hot Damian Lillard, the Portland Trail Blazers control their destiny to get into the play-in game as they currently hold the eighth seed. The Blazers face the Brooklyn Nets on Thursday, and the Nets have squat to play for as they are locked into the seventh seed in the East.

Portland is the eighth seed with a win and can still get the No. 9 with a loss and other teams losing. The lone way the Blazers miss the play-in game is if they lose and two of the Memphis Grizzlies, San Antonio Spurs and Phoenix Suns all win Thursday. Portland opened as an 8-point favorite against the Nets but is 1-5 ATS in the past six meetings.

The Grizzlies held the No. 8 seed entering the restart but have the West’s worst record in the bubble at 1-6. They play the team with the NBA’s best overall record in the Milwaukee Bucks, but it’s hard to see why the Bucks would play their key guys – although obviously the league might strongly suggest it. Superstar Giannis Antetokounmpo probably will be suspended for it, though, after he headbutted a Wizards player Tuesday. Memphis is the No. 8 with a win and Blazers loss and the No. 9 with a win and losses by the Suns or Spurs.