Home / Poker / Polking the Beast: Who’s winning the War of Words between Doug and Daniel? 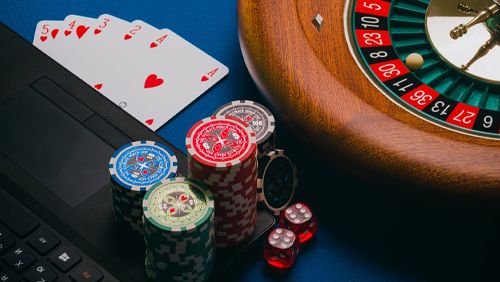 It has reportedly taken a lot for Doug Polk to return to poker, and not just his forthcoming heads-up challenge against Daniel Negreanu, but to YouTube content too.

Whether that’s true or not, the terms have been agreed for Polk vs. Negreanu and it’s become the big match-up that everyone wants to see.

Doug Polk has made a video to celebrate this fact – or commiserate, it’s hard to tell – and released it to plenty of views, in fact three times as many in a very short space of time than his previous three non-poker videos amassed in three months. He may be good for the game, but the game is clearly still good for him too:

Negreanu’s many meltdowns are referenced in the video, and are available to watch here if you so desire, but while Polk will see this as necessary hype before their clash, it also comes across as exactly the kind of piggy-backing content that some have criticized him for.

Social commentary is a skill that Polk, to the degree of being very popular on YouTube, has perfected. He has an artful way – aided by a whip-smart editing team – of cutting between his reactions and the world around him in a way that pokes fun at the drama that surrounds him while not being too afraid to laugh at himself too. It’s a recipe for clicks.

Negreanu, of course, may be painted as some sort of poker ‘Grinch’ by Polk, but has spent many years doing exactly the same as his current tormentor – laughing at the ineptitude of others but not being too scared to poke fun at himself too. This has gone a little unnoticed in recent weeks, but a few World Series rants can’t overtake that in time.

Negreanu vs. Polk is a battle that many poker fans really do want to see and which both men have hinted they’re an underdog for. Negreanu states that HU NLHE online is Doug Polk’s game and to a large extent, he’s right, his younger opponent actually has more experience in the game format and that cannot be denied.

If it was in a live arena, Negreanu would clearly have the advantage and sadly, there’s been no either contact or agreement for the two men to clash in the next episode of the PokerGO series High Stakes Duel, the first match of which went Phil Hellmuth’s way.

Online or not, however, Polk states in this video that he’s “a retired poker player”. This is tough to qualify. Fedor Holz has been retired for years by that argument, yet is still clearly one of the most feared poker pros in the world.

So too would his GGPoker stablemate Negreanu be if he stopped playing for a couple of years, or only played sporadically in that time. If he then came out of ‘retirement’, then he’d be a feared player who in a live arena would be favourite to win most heads-up matches.

So it’s no surprise that while Polk hints at being out of practice, the poker betting area of the popular website Poker Shares is buying none of that and makes Polk a big favourite to win.

Negreanu, who tweeted today that he has enjoyed 23 cashes without reaching one final table yet, is clearly highly focused on the WSOP 2020 Online Series right now and why wouldn’t he be? It’s not only worth plenty in prop bets but he’s booked a month in Mexico during a global pandemic and represents the site the tournaments are played on.

Pressure is something Negreanu has been used to in poker many times before. With the current sportsbetting price hinting that Polk is way more likely to win the 10,000 – 25,000 hand heads-up battle, perhaps the hype will be swapped for pressure on his shoulders come the big kick-off for the challenge.

Whoever goes into the Polk-Negreanu challenge with momentum is likely to be the most entertaining to watch, while whoever goes behind will naturally assume the ‘Galfond vs. Venividi’ position of chasing down a comeback victory, something Galfond said himself was highly unlikely to happen, but inspired thousands of poker players when he achieved it.

We can’t wait for the first deal to hit the virtual deck. It’s going to the poker meme battle of the year so far.