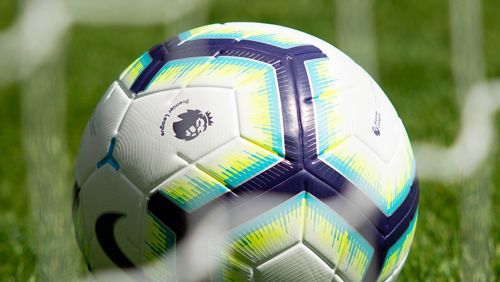 It won’t be long until you’re hurriedly making that last-minute transfer on your phone 90 seconds before the Gameweek #1 deadline. Yes, Premier League Fantasy Football is going to return, and you’ll need your wits about you to finish higher than you did last time.

It would be easy to make the same sort of mistakes that dogged you last time round, but we’re here to pull your back from the brink and inform your choices with our ruthless blend of industry expertise and desperation to finish higher than that guy from accounts. Hate that guy.

It’s impossible to ignore the German’s phenomenal statistics ahead of his arrival in West London. It’s rumoured that virtually every side in the Premier League top four courted him at one time or another, so it’s a massive coup that Frank Lampard will be able to call upon the deadly Werner for goals and assists in 2020/21.

The German himself was delighted to finally arrive in London and supported his new teammates towards the end of a largely positive – if at times frustrating – campaign.

While Timo Werner can’t solve Chelsea’s potentially detrimental defensive issues, he is going to do his best to outscore rivals and you have to centre your team around his mercurial abilities.

Another player who could set the Premier League alight is the former Valencia winger Ferran Torres, who arrived at the Etihad Stadium last month for what most would consider to be an absolute bargain price of just £20 million

Here we go! We’re delighted to announce the signing of @FerranTorres20 from Valencia on a five-year deal ✍️

Torres’ pace and trickery are a direct replacement for Leroy Sane, who left for Bayern Munich. With City’s ability to create chances and the fact that they’ve scored the most goals of any Premier League team in the last three seasons – even in finishing 2nd to Liverpool – Torres could be one of your best investments as his value in Fantasy Football terms is only likely to rise.

Not official yet, but a three-year deal is inches from being signed by the talismanic Brazilian wing-forward, who said goodbye to Chelsea fans on Twitter yesterday.

Thanks for everything @chelseafc and Chelsea fans!!! 💪👊🙏#CFC #thankyou #chelseafc pic.twitter.com/bi9yKzOiU0

Chelsea’s loss is definitely Arsenal’s gain, with the North London sure to get at least one more great year out of the consummate professional. As if Spurs fans couldn’t hate him any more for ditching them in favour of Chelsea seven years ago, eh?

Speaking of Spurs, the signing of Southampton defensive midfielder Pierre-Emile Hojbjerg will see Mourinho’s men become even more resolute in the centre of the pitch in the 2020 season.

About to arrive for just £15 million, with Kyle Walker-Peters costing the Saints £12m from Tottenham, wily Chairman Daniel Levy has proved that he still has the business nous to make any manager’s job that bit easier.

A real Mourinho signing, Hojberg will be a lock for yellow cards all next year, and his arrival throws into question the future of Tanguy Ndombele, who is a reported target for Barcelona after a fairly disastrous first year in English football. Which brings to mind a couple more players of that type…

The signing of left-sided defender Nathan Ake from Bournemouth is a major statement of intent from Manchester City, with the misplaced gloats of Chelsea fans this week causing us some confusion.

The notion that Ake is a ‘Chelsea reject’ is one that brought to mind players such as Mohammed Salah and Kevin De Bruyne, both of whom were sold by Chelsea while Mourinho was at the helm.

Ake will be an improvement on at least two of City’s centre-backs and we can see him tying down a starting berth all season in the Premier League. If so, he’s likely to be a highly reasonable Fnatasy Football fixture in your team.

Having scored 38 goals in 112 games for Ajax, the Dutch-born Moroccan could be an extremely exciting pick for your Fantasy Football team and is telling the world how happy he is to be in training for The Blues already.

Despite his undoubted prowess, it’s worth remembering that he scored 21 goals in 49 games in the season before last and just nine in 35 in the 2019/20 season, so how he adapts to the Premier League might be crucial. Ziyech might take some time to settle in, but once he hits form, get him in and make him captain to watch the points fly in.

There’s no doubting that while a signing like Willian is exciting for Arsenal, it’s a little like Chelsea’s successful pursuits of Werner and Ziyech – it solves no problem that existed. Arsenal, like Chelsea, have no trouble hitting the target at the top of the pitch.

What they do struggle with is keeping the ball out of their own net. Hence the very smart signing and retention of William Saliba, who is delighted to be in North London for the foreseeable.

Good to get back @Arsenal
Love this new kit #saliba4 pic.twitter.com/EA0eaau9na

If Saliba gets off to a good start for The Gunners, he could become the pivotal defensive rock in this new-look Mikel Arteta team, who should be challenging for a top four place in 2020/21.

Whoever you have your eyes on, watch out for new English Premier League signing as they happen and once the Premier League’s official Fantasy Football game is live again, a full guide as to the picks you should be making.

It’s only a month until the curtain goes up on a brand-new EPL Season and at Calvin Ayre, we can’t wait.