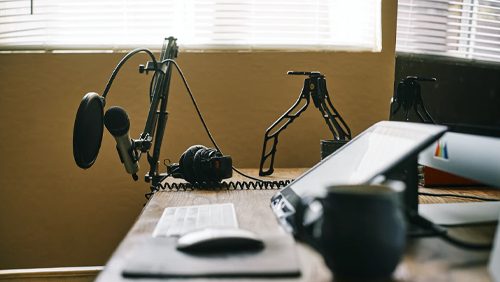 Analysts from two major gaming companies have teamed up to launch a new podcast designed to look at political gambling ahead of the U.S. elections this November. The head of politics for Smarkets, Sarbjit Bakhshi, and Matt Shaddick of GVC Holdings have introduced the Art of the Possible, which provides expert analysis on the state of political betting in the country, as well as predictions and coverage of other events that impact the elections. With less than three months to go before the U.S. votes on a new president, there’s a lot of important information to be covered.

The U.S. elections are coming up on November 3, and this will most likely be one of the more important times in the history of the country. Not only is the division among the population greater than it has been in recent times, but there is almost definitely going to be a new push to legalize different forms of gambling on a state, and possibly nationwide, level, and the individual designated to lead the country into the new era will have to be ready to help define the scope of government operations.

SBC News caught up with Bakhshi to discuss the new podcast and was told, “The level of interest in political prediction markets and trading has never been greater than with the current U.S. 2020 Presidential election. To capitalise on this, and better help people understand political trading, we decided to create the Art of the Possible podcast.”

Currently, the market odds are leaning slightly toward former U.S. Vice President Joe Biden winning the election – perhaps only because Kanye West couldn’t gather the support he needed to make a serious run on the White House. However, neither Biden nor incumbent POTUS Trump has been without controversy, and there is still no definitive picture on who might win the presidential election. Shaddick recently told the Reuters Global Markets Forum, “This election is going to be the biggest single betting market of all time. Looks like stakes on this election will be around 2x that of 2016 at least, and that’s confirmed by other betting platforms like Betfair. So, it’s very liquid, in betting terms.”

The Art of the Possible podcast will follow the odds, which have already flip-flopped more than once, as well as provide analytical commentary on the candidates’ positions and, most likely, their gaffes. Adds Bakhshi to SBC News, “Creating and running political prediction markets can be challenging. It requires a lot of research and uncovers many oddities in the political systems around the world. Our show is a chance for listeners to understand our thinking and uncover these quirks with us. With our expert guests, we explore the stories behind the headlines, what might be motivating the markets and help political traders better understand the markets we’ve created and how they can best trade them.”