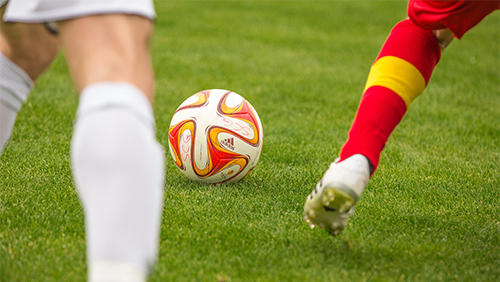 The Champions League was always going to be a tough Round of 16 to escape, but for the eight teams who took part in the final matches over the weekend, it was a rollercoaster ride to the quarter-finals.

There were scares, jolting highs and crashing lows, and when the ride ground to a halt, some felt sick and had to leave. Others just wanted to stay on the ride and go again, as they will in Portugal to find a winner.

It would be trite to say that Real Madrid threw the tie away at The Etihad Stadium, especially given the effort The Citizens put in five months ago in winning the first leg at the Bernabeu.

The Champions League’s most decorated club side, Los Blancos came into the second leg knowing that they needed to score twice, and that to attempt to achieve that lofty goal against a Manchester City side who jealousy guard the ball with the same intensity that they hurriedly chase it down would be difficult.

It became Mission: Impossible very early on for Zinedine Zidane’s side as City scored through either an impudent piece of chasing down in each half from Gabriel Jesus or two blunders from Raphael Varane, depending on your viewpoint. Either way, a solitary if impressive Karim Benzema header before half-time was all Real Madrid could take from a largely dispiriting two-legged defeat.

Guardiola, on the other hand, having won both ties against the record winners of the tournament, can look to the immediate possibility that City could win their debut Champions League in a year they very nearly saw themselves booted out of it for two years due to alleged FFP irregularities.

The German champions summarily dismissed Chelsea with ease in the second leg of this tie, swatting away their challenge like a big brother might remind his younger sibling they still have their homework to do.

Bayern cruised into the quarter finals after exerting their dominance over Chelsea, who under Frank Lampard have attacked with an attractive raw enthusiasm but have defended with a naïve openness that can surely go on no longer.

Chelsea conceded 54 goals in the Premier League alone last year and although they have added Timo Werner, Hakim Ziyech and possibly the soon-to-arrive Kai Havertz to their roster, those are all attacking players. While they remain so open at the back, they’ll likely conceded too many to worry the likes of Munich in next season’s Champions League proper.

The scenes at the end of the game said it all. Lyon, though breathless, gasped in the Turin air with glee, having won courtesy of their early opener. Juventus, and in particular, Cristiano Ronaldo looked punctured, struggling to breathe in and out, lacking the comprehension to understand how it all went wrong.

The first leg ending in a 1-0 win in France for the home side always looked like a terrible result for the Old Lady of Serie A football. So it proved to be as Lyon, who knew that any goal for them would require the newly-crowned Serie A winners to score three, did exactly that.

Thereafter, it was the Ronaldo show as Cristiano set about righting the wrongs of his teammates. First, he pulled one back from the penalty spot. Then he unleashed a superb left-footed drive that Lyon keeper Anthony Lopes could only palm further into the top corner.

Ultimately, however, Ronaldo’s heroics – so frequently called upon to cover the failures of an at-times disjointed team – could only go so far and would not save the day.

Lyon will be huge underdogs in taking on Manchester City, but so they were against Juventus and look what just happened. Pep Guardiola will be hoping his team can protect against the possibility of a 90-minute upset, as two-legged ties dissolve into just a one-off match to go through from this week.

A nerveless performance from the deposed La Liga winners Barcelona saw Lionel Messi and company go through to what looks like a lip-smacking quarter-final date with Bayern Munich.

The in-game footage of Barcelona’s official fan channel illustrated perfectly what its like to watch Barcelona right now, with the Catalan side great going forward but panicked and scrappy out of possession. Bayern Munich certainly provide the toughest challenge of the season for Barcelona in what has already been a puzzling year on the pitch for the former conquerors of Europe.

With a managerial change, rumours of discontent from Lionel Messi for the first consistent period since he kicked his first ball at Camp Nou, the summer could be very interesting whatever the result in Portugal. As always, win and the whole situation looks better. Lose and the world is crumbling.