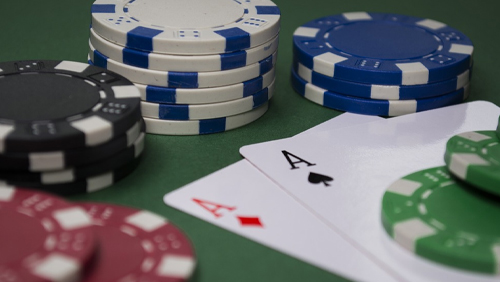 The $10,000-entry GGPoker Heads-Up Championship has been whittled down to just four players and with the final day scheduled for this Saturday, there’ still a lot to look forward to.

Much of the talk pre-tournament was about the participation of Dan Bilzerian, who has not been in the mood in recent weeks for anyone acting out, calling the year in general on Twitter.

Once the tournament draw was announced, however, Bilzerian – who had little to no chance of dodging a more-experienced player – ran into the immovable object in a man roughly half his size, the diminutive yet amazing poker player Mike Leah. One of the best in the world, it didn’t take too long for Leah to make mincemeat of Bilzerian. The Instagram legend was all-in with king-deuce in the end and, called by Leah’s ace-three, met doom due to a three on the flop.

Leah would enjoy a deep run to finish in 11th place from the 128 overall entries. Elsewhere in the tournament, there were cashes for former PokerStars Team Pro buddies Daniel Negreanu and Betrand Grospellier, who, like Leah, each reached the Last 16 to cash for $24,832.

Others would go further and yet miss out on the final four. Pedro Waldburger, Belarmino De Spuza, Chris Brewer and Stefan Burkov all fell in the final eight, leaving just four names to fight for one of the most prestigious victories this year and one that all of poker will be discussing.

The first player to reach the semi-final stage was one of the most successful players of 2020 in Australian high roller legend Michael Addamo. Having already won two WSOP bracelets, he took care of players such as Connor Drinan and Bertrand Grospellier on his way to the semis, but he won’t have it easy in his semi-final, however, as he’ll be taking on the always impressive Michael Zhang. Zhang took care of three superstars of the game to reach this stage, with Erik Seidel, Negreanu and Sean Winter all trailing as victims in his wake.

The other semi-final is a mismatch of experience but will have no shortage of quality on either side of the virtual felt. Alyssa MacDonald may only have won a little over $6,000 at the live felt, but she triumphed against Mark Radoja, Ajay Chabra and then the in-form player Belarmino De Souza to reach the semi-final.

MacDonald, then, has plenty of reasons to believe she’ll go all the way, but sitting in her way of the final is one of the most experienced poker players who plays the game professionally. David Peters has a ludicrous catalogue of victories to his name and made his way to the semi-finals via a four-hour epic game against Stefan Burkov. At one point, Peters had just two big blinds to his name, but he grinded his way back into contention and got the job done to add to the previous scalp of Sergi Reixach in the Last 16.

The top prize of $360,480 awaits the ultimate victor, along with the much-coveted WSOP bracelet for one of the highest ticket events of the WSOP 2020 Online Series. However, much more importantly than that are the bragging rights on offer. They’ll be priceless for whoever gets over the line on Saturday night on GGPoker.