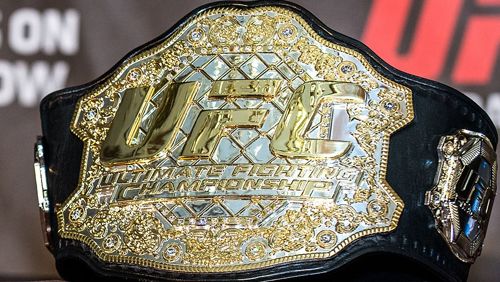 It’s a second straight Saturday night of UFC action this week at the organization’s Apex facility in Las Vegas with a Fight Night card headlined by a heavyweight bout between American Derrick Lewis and Russian Aleksei Oleinik (some sites may refer to him as Alexey Oleynik). The main card starts at 9 p.m. ET and is available in the United States on ESPN+.

The current heavyweight champion is Stipe Miocic, and he’ll fight No. 1 Daniel Cormier next Saturday at UFC 253 in Las Vegas. It’s possible both retire after that fight so maybe Lewis could get a title shot sometime in 2021 if he wins Saturday.

The 35-year-old Lewis (23-8) is ranked fourth in the division, is a former Legacy FC heavyweight champ and has never fought Miocic. He did take on Cormier at UFC 230 and lost by second-round submission. Lewis lost his next time out to former champion Junior dos Santos by second-round TKO but has since beaten Blagoy Ivanov by split decision and Ilir Latifi by unanimous decision.

Lewis has won 18 of his fights by KO or TKO and lost four by that route. Just seven of his bouts overall have gone to the judges. “The Black Beast” is a -200 favorite Saturday.

Oleinik (59-13) is near the end of his career at age 43 and with so many fights under his belt – almost impossibly, his first professional MMA bout was in 1996. “The Boa Constrictor” is ranked No. 10 in the heavyweight division and comes off a May split-decision victory over Fabricio Werdum. Oleinik is a grappler to say the least, winning a whopping 46 of his fights by submission. He is +160.

The fight leading into Lewis-Oleinik is a middleweight clash between American Chris Weidman (14-5) and Russian Omari Akhmedov (20-4).

Weidman, 36, is best known as the first fighter to ever beat the legendary Anderson Silva, which “the All-American” did at UFC 162 by second-round KO to win the middleweight title. Those two had an immediate rematch in December 2013 and Weidman won again, this time by second-round TKO. He held the belt until a December 2015 loss to Luke Rockhold. Including that, Weidman has lost five of six and is -140 for Saturday.

Akhmedov, 32, is ranked No. 11 in the division. “Wolverine” is unbeaten in his past six but certainly has not faced the quality of competition overall that Weidman has. Akhmedov is off a unanimous decision win over Ian Heinisch at UFC 245 and is +110 for this bout.