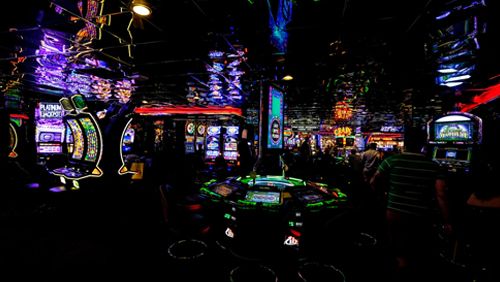 The iGaming scene in Germany is changing and is expected to see a huge step taken next year. Strict limits on how much people can wager online are expected to be implemented, and other restrictions are being considered that have the iGaming market struggling to determine if operating in the country is worthwhile. There are also issues with what constitutes an approved license, given that the state of Schleswig-Holstein has been extremely receptive to online gaming operators, and an overall push to punish financial institutions that work with iGaming companies has been a thorn in the side of those companies that had received licenses there. While those punishments have served their purpose, some lawmakers believe Germany could do a lot more, and a casino advocacy group is now trying to force legislators to take action.

The Deutsche Spielbankenverband (DSbV), or the German Casino Association, wants lawmakers to make payment blocking orders their number-one priority in order to cut off completely unlicensed iGaming operators that target the country. In support of its campaign, it pointed out the massive fraud associated with Wirecard, Germany’s payment processor that had served, among others, the gaming industry and which just went bankrupt after billions of dollars went missing. In a statement, DSbV CEO Otto Wulferding accuses banks of facilitating illegal transactions and adds, “On Wirecard, the topic of monetary transactions for companies such as online casinos should be high on the agenda.”

Wulferding feels that regulators haven’t been proactive enough in controlling the unlicensed iGaming market, which he asserts has had “far-reaching consequences” on the retail segment. As a result of the lack of control, the unlicensed market has gone wild and is out of the grasp of the regulators. He cites as further evidence the presence of online and TV ads that promote online gaming, even though there is no national regulatory framework which would allow the activity.

However, at the heart of the issue – just like what has been seen elsewhere – is the retail casino industry’s belief that iGaming eats into their profits. The executive alludes to this when he points out that online casino revenue increased 6.2% from 2018 to 2019, and he almost certainly believes that gamblers would have spent that money at retail casinos if they hadn’t spent it online. If that’s the case, he’s dead wrong.

Studies have already shown that the online and retail casino markets can live together harmoniously and that those with a propensity to gamble online are not, for the most part, the casino-visiting type. This same scenario has already played out in the US, with brick-and-mortar casino operators spending millions of dollars trying to stop iGaming legislation, only to have the money go to waste as legalization continues.

Wulferding also tries to revert to the same argument attempted elsewhere that iGaming can’t be operated the same as retail. He asserts, “Online casinos without a German license are evading the regulatory framework in Germany. They do not meet the requirements that apply to licensed casinos. This means that the guest can carry out their bets and thus deposits and withdrawals safely and reliably.” However, as with all the other arguments, this, too, can be easily corrected by the introduction of language that regulates the space.

At this point, any individual or entity working to stop iGaming from grabbing a stronger foothold is simply foolish. There is absolutely nothing that can be done at this point to keep online gaming from continuing to become a stronger component of the larger gaming community. Instead of spending millions of dollars trying to prevent the activity, that money should be spent developing iGaming alternatives – that’s what a smart executive earning millions of dollars in salary and bonuses each year would do.