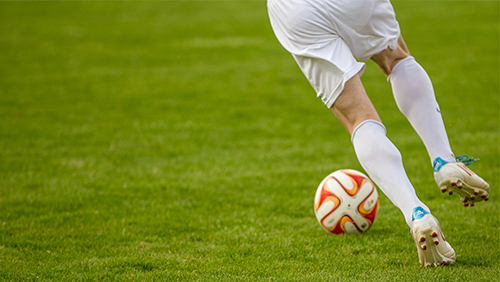 Supposed superstars like Memphis Depay, Angel Di Maria and Alexis Sanchez have all failed to do it, but others carved their names in Manchester United legend. Could Jadon Sancho succeed where those recent failures fell short and become an icon in the No. 7 shirt for Manchester United?

To some clubs, a number below is just that – a number. However, for The Red Devils, wearing the number seven brings with it something completely different. Not only is the player who wears ‘No. 7’ on their back expected to hit the heights and become a legend at the club, but they have to play in a certain way and light up Old Trafford. Why is that? Well, there’s a whole lot of history behind the mystic shirt when it comes to the most successful club in English football.

While Ecuadorian Antonio Valencia only wore the fabled number seven for two seasons, the right winger-turned-right back was at Old Trafford for 10 glorious years during which time he wore the captain’s armband, won the Premier League on multiple occasions and scored frankly ludicrous goals such as these.

Valencia may have had to transition from right winger to right back and dropped deeper through the Van Gaal and Mourinho eras at Old Trafford, but he left after 241 appearances as a club legend who will live long in the memory of the club’s fans.

Playing for the club from between 1991 and 1995, the flying Russian winger Andrei Kanchelskis starred for Manchester United, scoring 28 goals in just 123 appearances. Red Devils fans were head over heels in love with the dedicated right-sided player who was a dangerous threat whenever United were on the attack.

Kanchelskis would eventually be sold to Everton in a summer which also saw Mark Hughes and Paul Ince leave the club in 1995 as Fergie’s fledglings came through, but for a crucial period in United’s history as they went from nearly men to title winners in back-to-back seasons, Kanchelskis was often pivotal to their success. Kanchelskis is also the only player in history to have scored in each of the Merseyside, Glasgow and Manchester derbies.

When Kanchelskis left Old Trafford, supporters were naturally not so easily disposed to welcome the teenager taking his place. Seven years later, having seen David Beckham score 62 goals in 265 games, they had a different perspective on the man, as well as a new appreciation for the genius of Sir Alex Ferguson.

While Beckham would endure his place being taken by Ole Gunnar Solskjar on the right-wing in 2003 following a spat with Alex Ferguson which involved a boot being kicked – accurately – at his forehead by the legendarily brusque Scot, Beckham left a legend with the kind of highlights reel kids dream of.

The influence of Bryan Robson on Manchester United cannot be underestimated. When he joined from West Brom in 1981, it was for a then-record fee for a British player of £1.5 million. Robson, who had already sealed legendary status at The Hawthorns, declared that he never signed for the money; he just wanted to be a winner at Old Trafford. That he did, and in fine style.

Robson bridged the gap between going close and getting over the line. Prone to brutal injuries, ‘Captain Marvel’ always recovered, staggered onward and somehow single-handedly dragged United to win after win, eventually landing the Premier League title in his final season 13 years after he joined.

Robson also inspired one of the best comeback in United’s glorious European football history, with a 2-0 defeat to Maradona’s Barcelona overturned in a stunning 3-0 victory back in Manchester. An iconic player and symbol of United’s never-say-die attitude of a club-defining era.

It’s hard to know what Manchester United would have become under Sir Alex Ferguson if a certain Portuguese player wasn’t convinced to swap Sporting Lisbon for Manchester. Cristiano Ronaldo played for Manchester United for five years, winning the Premier League, Champions League and F.A. Cup amid a trophy-laden period in the club’s history, and across 196 appearances, he scored 84 goals.

Ronaldo would leave for Real Madrid in 2009, his dream club, but even after he left for Los Blancos, the United fans still sung his name, even after he scored the winning goal to knock his former side out of the Champions League.

The Manchester United side of 1991/92 had almost everything. What Sir Alex Ferguson realized, six years into his tenure at Old Trafford, was that the only thing they didn’t have belonged to their arch-rivals, Leeds United.

Discussing why he wouldn’t sell Denis Irwin to the Yorkshire club in 1992 via Chairman Martin Edwards, Ferguson instead managed to sign Cantona for a paltry £1.2 million.

Cue United’s first top-flight title in 26 years, as the Frenchman’s arrival saw the Red Devils win four of the next five Premier League titles, with 64 goals in 143 games telling only a fraction of the story.

Cantona would retire out of nowhere on the back of winning the title again in the 1996/97 season, but he will live forever to fans who still adore him and sing his name in the Old Trafford stands 23 years after he hung up his boots.

As the saying goes, ‘Maradona good, Pele better, George Best’. The fifth Beatle, George Best came from Northern Ireland to become quite simply the definition of a No. 7 player. Swaggering talent, silky skills, they were effortless to Georgie, the Belfast Boy.

Playing for United from the age of just 17 years old, Best would win the first European Cup won by an English side with United in 1968 as the team formed in the ashes from the Munich disaster of 1958 conquered Europe.

George Best made 466 appearances for Manchester United across a decade of glorious memories no-one else could have made. He scored an incredible 178 goals in that time and carved his name into history. Alongside the two other members of the Holy Trinity (Bobby Charlton and Denis Law), his statue stands in the shadow of the East Stand at Old Trafford to this day.