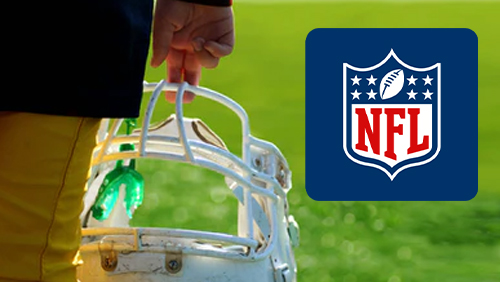 The latest scandal to hit the NFL comes at the worst possible time. With over 50 players having taken the league up on the ‘Opt-Out’ option, preferring the $350,000 and their family’s guaranteed health over running the risk of catching COVID-19, new rules have come into place to coincide with the deadline for pre-season opt-outs being confirmed as this coming Thursday.

Just the other day, an incredible eighth New England Patriot was confirmed among the latest raft of opt-outs, with Matt LaCosse choosing to give the 2020 NFL season a miss. The NFL had to act and they have done, confirming exactly what will happen to anyone else who decides to opt out, and when.

With a busy page on the NFL’s official site now dedicated to what has been a largely chaotic start to training camps up and down the United States of America, the NFL announced that issues have been resolved and they’ve finally got a procedure in place, along with fines for players who opt out without good reason. With over 50 opt-outs already, this smacks a little of a nightclub putting together a new set of rules for bouncers at nine the next morning after the dancefloor was empty at midnight.

The deadline for pre-season opt-outs is Thursday August 6th at 4pm Eastern Time, with players informed of the cut-off on Monday night. This deadline coincides with the drug-testing window opening on Friday Aguust 7th, with

Perhaps the largest agreement comes with the sides’ accordance for an opt-out deadline, which will be Thursday at 4 p.m. ET, as Pelissero reported players were informed of the deadline on Monday night. They were likewise told that the annual drug testing window would commence on Friday. Any player who is high-risk, including undrafted free agents and those who were uncredited last season will be eligible for the $350,000 stipend if they opt out of the 2020 NFL season, the NFL.com website reported.

From players needing to request alternative housing if they become infected with the Coronavirus to a removal of drug abuse punishments (those suspensions being replaced with fines), the changes could have far-reaching consequences. A document was sent from the NFL Management Council to all NFL teams, detailing new measures to control players include a ban on house parties, as well as attending bars without PPE (personal protective equipment) and indeed any function where more than 10 people are present.

Players will also be liable to big fines, with any refusal to test for the virus given an on-the-spot $50,000 fine. Any lack of social distancing will be punished with progressive fines of up to $14,650. This applies to Tier 1 and 2 players as well as non-playing staff as the NFL, in a desperate bid to make sure they press on with the start of the season, put the squeeze on players. The choice is pretty clear – a $350,000 stipend or they toe a very tight line.