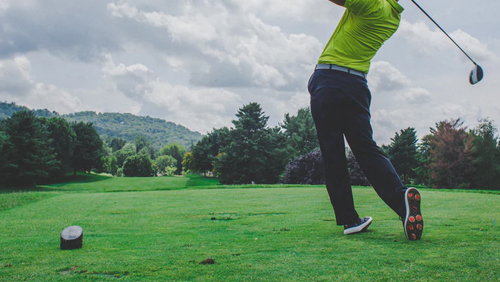 For many years the last of the four Grand Slam tournaments on the PGA Tour, the 2020 PGA Championship in this very unusual campaign will be the first of the three Slams – the British Open was canceled due to the coronavirus pandemic – when the best field of the season tees off Thursday at TPC Harding Park in San Francisco. It’s the penultimate tournament of the 2019-20 PGA Tour regular season.

It’s the first time that course has held a major championship – it last held a PGA Tour event in 2015, the WGC-Match Play, hosted the Presidents Cup in 2009 and the WGC-American Express Championship in 2005. This also will be the first major ever held at a TPC property, and it’s the first time since 1995 (Riviera in Los Angeles) that the PGA Championship will be played in California. TPC Harding Park is a par 70 at 7,234 yards.

As of now, 95 of the world’s Top 100 players are scheduled to play. The highest-ranked players missing are Italy’s Francesco Molinari and England’s Lee Westwood. The latter doesn’t feel comfortable traveling to the USA right now because of the coronavirus surging in the United States, while Molinari, the 2018 British Open winner, didn’t give a reason for withdrawing.

The PGA Championship began as a match play event but went to stroke play starting in 1958. While Jack Nicklaus won this event a record five times since it switched to stroke play, no one has taken it three in a row. Brooks Koepka has a chance this week after winning by two shots last year at Bethpage Black (going wire-to-wire) in New York state and in 2018 also by two shots at Bellerive near St. Louis.

Koepka is a +1000 co-favorite with Justin Thomas, who won Sunday’s WGC-St. Jude Invitational to move to No. 1 in the world rankings. Thomas won the 2017 PGA Championship at Quail Hollow in Charlotte, North Carolina. Koepka was a runner-up to Thomas on Sunday.

Interesting fact: Players ranked No. 1 in the world at the time won both of the previous two PGA Tour events held at TPC Harding Park. They were Rory McIlroy in the 2015 WGC-Match Play and Tiger Woods in the 2005 WGC-American Express Championship. Rory is +1400 to win his third PGA Championship and Tiger +3000 to win a fifth. Woods last did in 2007.