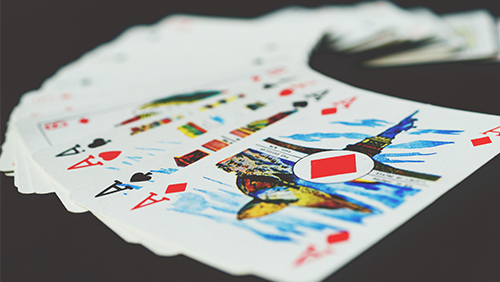 Three more big WSOP events are in the books at the 2020 World Series of Poker, with big names and new bracelet winners celebrating epic moments in the Online Series events hosted on the official WSOP.com site.

In Event #27, it was Ian Steinman who was victorious, taking down the 1,940-player event, which cost $400 to enter. With a massive $110,556 top prize, Steinman triumphed at a nine-handed final table featuring players such as Cody Scherer, Lokesh Garg and his heads-up opponent, Satoshi Tanaka.

The 2016 WSOP.com Online Player of the Year, Steinman won a WSOP circuit event last year and spoke with keenness about sealing a bracelet victory. A year on, and in strange circumstances amid a global pandemic, he’s done it.

Other big names made the money, with Event #26 winner Ethan Yau reaching 217th place for a bubble-escaping cash of $698, while others ran even deeper. Jamie Kerstetter finished 163rd for $838, Bryan Piccoli came 14th for $5,517 and former WSOP Player of the Year crusher Shaun Deeb took home the same amount as Piccoli for finishing in 13th place.

At the final table, Steinman entered play with the chip lead, but he didn’t have it all his own way, with a lot of the early action involving Lokesh Garg, who got involved in two big flips, one in his favour and the other ending his tournament. Eventually, however, Steinman turned the screw and busted both 4th-placed Nicholas Brancato and 3rd-placed Mahyar Ebrahimi before ending Tanaka’s hopes and taking the WSOP bracelet.

Romaine got close to a WSOP bracelet in Event #13, when he finished 2nd to Michael Lech in the High Roller Freezeout event. This time, he made no mistake, running deeper than luminaties such as Brian Rast (69th for $1,596), Ryan Laplante (22nd for $3,690) and Norman Chad, the famous WSOP commentator who came 13th for $4,638. Former triple WSOP bracelet winner Upeshka De Silva finished 9th for $7,880 and Ralph Perry missed out on the six-handed final table by just one place, busting in 7th place for $10,673.

Event #29 was won by Nick ‘shadowjacker’ Guagenti, who won his first-ever bracelet by outlasting 746 other entries (including 167 re-entries) as he won the top prize of $305,433 from a prizepool of $1.4 million.

Nick Guagenti, who tweeted back in April: ‘I need to win a big tournament soon so actual good players will keep swapping with me’ did exactly that as he won the first bracelet of an already-lengthy poker career. Having played for around 15 years, Guagenti won a bracelet with his 53rd cash in the World Series.

At the final table, it was Matthew Parry who started play as the chip leader, but he was overtaken by Guagenti and eventually lost to him in the heads-up, Guagenticalling it off for all the chips in a dramatic final hand. A flop of 4-7-6 saw Parry push all-in with jack-seven, but got a quick call from Guagenti with three-five, flopping the straight and riding it home to victory.

You can watch how Nick Guagenti claimed his first-ever WSOP gold bracelet right here on the World Series of Poker official Twitch video recap of the event, with exclusive commentary from David Tuchman.