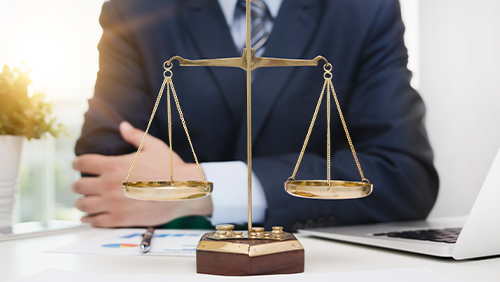 Harrah’s New Orleans just got deeper in the hole. It’s bad enough the casino, like so many others, is scrambling financially because of fallout from the coronavirus pandemic, but an appeals court just made matters worse. The casino, which is part of the Caesars Entertainment family, has been fighting a previous ruling that supported the assertion of the Louisiana Department of Revenue (LDR) that it had to pay taxes on hotel rooms that it had comped for various reasons. The appeals court upheld the previous court ruling, and Harrah’s could be on the hook for taxes dating all the way back to 2001.

Harrah’s had tried to argue that a previous agreement made between the casino and Greater New Orleans Hotel & Lodging Association (HLA) superseded the tax obligations. Now entering its tenth year of litigation, the case has continued to cause grief for the casino while the courts continued to agree that the LDR trumps the tourism organization. As a result, the 10% occupancy tax paid by all lodging properties applies to Harrah’s, as well, even if it offers rooms at other venues for free or at a discount to high rollers or for other special purposes.

The 19th Judicial District Court said last year that the LDR was bigger than the HLA, and that Harrah’s needed to be prepared to pay up. The casino and its parent challenged the ruling, leading to the latest decision by the First Circuit Court of Appeal (FCCA) of Louisiana. The three judges that heard the case voted 2-1 to support the previous ruling.

Contemplating a possible denial of the appeal, Caesars and Harrah’s had reportedly set aside $40 million to pay against any claims coming from the LDR. That’s more than likely good news for Eldorado Resorts, given that the recently-completed merger would put it on the hook to cover any outstanding debts such as the tax bill, should any surprises come up. An additional bill for $40-$50 million would make it more difficult for the company to reduce its expenses by $500 million, which is an integral part of the merger.

Despite the appeals courts’ ruling, Harrah’s may still decide to continue its fight. It can file a request with the FCCA to reconsider its decision, or ask the Louisiana Supreme Court to weigh in. Given the high court’s track record of accepting only a small number of cases, and the two strikes against Harrah’s, it isn’t likely to consider rehashing the subject.

Now that the courts have decided that the LDR is owed beaucoup bucks, it’s time to figure out how much should be paid. The denial of the appeal paves the way for a trial to take place to determine how much is owed, and that trial is not yet on the schedule. It’s likely the taxman and Harrah’s will ultimately settle on a figure less than the maximum that could be charged, but the current loss of revenue because of COVID-19 could force the LDR to hold out for every penny.

US court: Gamblers have to be responsible for own actions
Erik Gibbs
30 April 2019