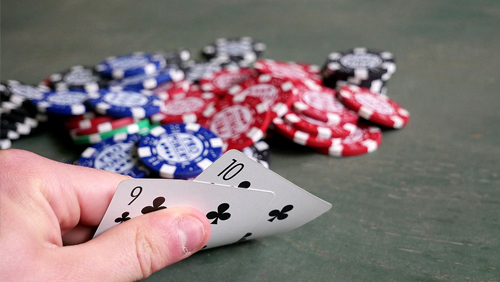 The Coronavirus lockdown has impacted virtually every business in different ways. For some companies, moving online has worked, for others, it’s been a case of changing the key ways in which they operate to survive. But what about one of the industries who were already online?

Poker has resisted a hit on the online side of the industry, but the live side has been hit badly, with many casinos closing for months on end and now having to return to a completely altered set-up, costing them vital numbers on their bottom line. Online tournaments have had to take up the challenge of keeping poker brands not just afloat but providing profits and that’s happened for virtually all poker sites with a strong online presence.

A good example of this – and potentially a guide to how strong poker will be in an uncertain future – is the way that the game has come across on Twitch.

The popular game-streaming platform has seen a boom in recent weeks for poker viewers. From the World Series of Poker, brought to life by players such as Daniel Negreanu and Mike Matusow, to the PokerStars Stadium Series, with events won and streamed by popular Twitch streamer and Stars pro Lex Veldhuis, it’s been a phenomenal few weeks, as Veldhuis himself summed up on Twitter:

Amazing to see the poker directory flying today on twitch.

About 60.000 of those are new poker-viewers through big streamers cooperating with @PokerStars for Stadium Series. Incredible for the game. pic.twitter.com/SaNesgpwJt

One poker player and commentator who praised Veldhuis and PokerStars in general was Joey Ingram, who said, “Stars is killing it right now on Twitch. I think we will see even bigger numbers once competition starts to heat up more Fire. Operators [collaborating] with streamers outside the game = GTO. It’s still in the infancy of what the collaborative format could be.”

The heat under poker right now on Twitch is going to last at least another month, with GGPoker putting on another 54 events over the period of July 19th to September 6th.

Twitch audiences have always circulated around the in vogue game. That’s often been an Esports game, such as Fortnite or CS:GO, whose figures have been immense during the lockdown period themselves.

For poker to have outstripped them in any period is a phenomenal achievement and could easily lead to come players crossing over from popular Esports such as those games that breed professionals.

Where Bertrand ‘Elky’ Grospellier came from Magic: The Gathering to poker, many eyebrows were raised. While the online poker boom post-2003 can never be replicated, we could be closer than expected to the next stage of poker’s unstoppable growth – a blend with Esports to become more like a video game involving money, albeit a highly GTO game in that respect.