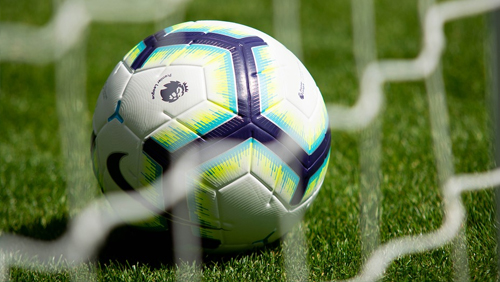 It was a day to end the Premier League season that fans would have loved to have been present at. With so much on the line, there were twists and turns along the way that almost no-one saw coming.

The tightest of finishes was guaranteed at the King Power Stadium as Manchester United went into the game knowing that a win for Leicester coupled with anything other than a loss for Chelsea would condemn United to the Europa League next season.

Leicester were wasteful in the first half, as Jamie Vardy and Kelechi Iheanacho both missed the target. Marcus Rashford was also shorn of his usual golden touch in front of goal, with Mason Greenwood coming close but getting no 18th goal of the season – yet- for the 18-year-old.

In the second half, it fell to Anthony Martial, put clean through by Bruno Fernandes, to clinch a clutch opening goal, but he was taken down by both Wes Morgan and former United defender Jonny Evans. The resultant penalty, United’s 14th of the season, a record in itself, was converted clinically by Bruno Fernandes.

United rode out the remaining 20 minutes in a calmer fashion than they’d displayed in the previous 70. In the last minute, Jesse Lingard pounced on a miscontrolled touch by Kasper Schmeichel to score a hardly-merited second and confirm United’s path to the Champions League.

At Stamford Bridge, two first half injury-time goals sent the West London side into the Champions League and left Wolves hoping that their uncharitable hosts will win the F.A. Cup to send them back into Europe.

Wolves, of course, still have the opportunity to win the Europa League and play in next seasons Champions League, but Chelsea booked their seat in three minutes at the end of a first half in which neither side had the upper hand.

A direct free kick on the edge of the penalty area in the first minute of stoppage time saw Mason Mount bend a delightful set piece into the top corner past Rui Patricio. Two minutes later, the game was won, a through ball sending Olivier Giroud clear. Past the goalkeeper, Giroud looked to be blocked by Conor Coady, but Giroud’s physical tenacity saw his wrestle free and slot in a quite superb decisive goal.

Lampard may have had Timo Werner in the stands, with Hakim Ziyech and possibly Kai Havertz on the way. But in Giroud, he has a reminder that some of his clutch players are already at the club.

The battle between two teams who traditionally wear claret and blue saw the relegation battle decided by Villa’s ability to keep fighting until the very end. The Villains clung on for dear life at stages, but when Jack Grealish jinked free of his markers in the second half and smashed into the net, the game looked won.

Bournemouth were winning at Everton, but to no avail. Watford had come back from 3-0 down to trail by just one goal at the Emirates. But even though Yarmolenko scored a heavily deflected leveler on the day, it did nothing to stop Villa surviving.

Bournemouth did what they could but too late, while Watford had no sting in the tail. Had they beaten Arsenal they would have stayed up, but they fell well short, particularly early on when a Nigel Pearson type might have sent them out raring to go from the kick-off.

Aston Villa will be planning on a summer transfer window where business will need to be done, especially if Grealish leaves.