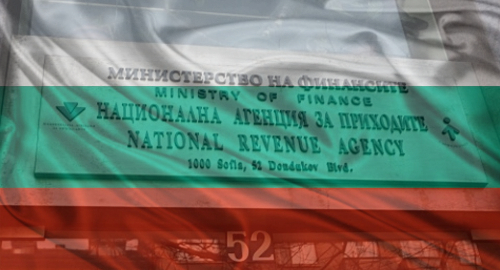 Bulgaria’s gambling regulatory agency is no more after legislators voted to assign oversight to the country’s tax authorities.

On Thursday, Bulgaria’s National Assembly approved the second reading of amendments to the Law on Gambling aimed at re-establishing some semblance of control over the country’s land-based and online sectors.

The main aspect of the bill is the elimination of the State Gambling Commission (SGC), which fell into disrepute after some of its senior members were accused of involvement in organized crime. Those charges followed the government going to war with Vasil Bozhkov, who formerly controlled the country’s biggest gambling businesses.

Earlier drafts of the amendments included a plan to fold gambling regulation into a body under the Council of Ministers but the plan approved Thursday will see oversight given directly to the National Revenue Agency. The SGC will be given three months to wind up its affairs, with a liquidation commission ensuring that any incriminating files don’t get accidentally incinerated while no one’s looking.

Other amendments will impose stiffer financial capital requirements for launching a new gambling operation. For instance, individuals looking to open a slots hall will need to demonstrate reserves of at least BGN500k (US$297k), a significant step up from the BGN7,500 the permit used to cost. Anyone looking to open a full-fledged casino will now have to show reserves of BGN1.5m.

Anyone looking to complain should probably stay shtum, as the new figures are half what was originally proposed. The Assembly also rejected a proposal to limit gaming venues to five-star hotels, so count your blessings, such as they are.

The vote was preceded by several days’ worth of protests outside the Assembly by groups of casino workers who feared the changes – which also include increases in license renewal fees for existing gambling operations – would result in thousands of lost jobs.

There were other protests in Bulgaria’s capital Sofia last week that the government claimed were organized by Bozhkov, who is currently detained in the United Arab Emirates trying to resist Bulgaria’s attempts to extradite him to face his extortion and bribery charges.

Those protesters were seeking the resignation of Prosecutor-General Ivan Geshev and the dissolution of Prime Minister Boiko Borissov’s government due to alleged corruption. In response, Geshev released audio recordings purporting to show Bozhkov talking to Bulgarian politicians and journalists, claiming that he was funding the protests and promising to do what he could to help bring down the government.

The government has accused Bozhkov’s gambling operations of avoiding US$402m in taxes, so if he is funding protests, he can probably keep this up for a while. Also goes a long way toward explaining why the government put the taxman in charge of gambling oversight.