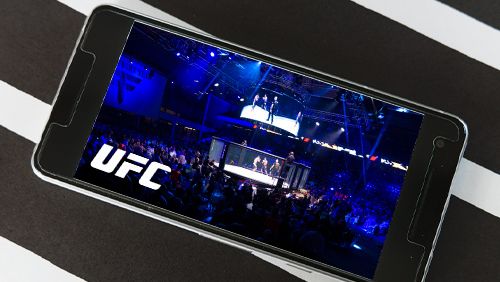 The UFC’s two-week stay at its incredibly unique Fight Island in Abu Dhabi comes to a close Saturday – although the organization will be back many, many times – with a Fight Night card headlined by a middleweight bout between contenders Robert Whittaker and Darren Till. The main card overall will begin at 8 p.m. ET.

The 29-year-old Whittaker (20-5) is from Australia and ranked No. 1 in the division, so in theory he would deserve a shot at middleweight champion Israel Adesanya with a victory Saturday. However, Adesanya will fight No. 2 contender Paulo Costa next.

That’s probably because Whittaker was beaten soundly by Adesanya via second-round knockout (punches) in Whittaker’s last trip to the Octagon in October 2019. Whittaker had been on a nine-fight winning streak and was the middleweight champion thanks to back-to-back victories over Yoel Romero (ranked No. 4). “The Reaper” now likely will have to wait until 2021 for a rematch with Adesanya – assuming a win Saturday, and that’s far from a sure thing with Whittaker only a -130 favorite.

Till (18-2) is a 27-year-old southpaw from England ranked fifth in the division. He was formerly a welterweight and fought for that title in September 2018 against Tyron Woodley but lost by second-round submission. Till lost next time out via second-round knockout against Jorge Masvidal and then chose to move to middleweight. “The Gorilla” beat Kelvin Gastelum by split decision last November. Till is even money for Saturday.

The co-main event is a light heavyweight bout between Brazilians Mauricio “Shogun” Rua and Antonio Rogerio Nogueira in a rematch.

The 38-year-old Rua (26-11-1) has had a Hall of Fame-caliber career. He won the Middleweight Grand Prix in the PRIDE Fighting Championships and the UFC light heavyweight belt in a rematch against Lyoto Machida way back at UFC 113. However, Rua lost the belt in his first defense to all-time great Jon Jones, who is the current light heavyweight king. Rua comes off a November 2019 draw against Paul Craig and is a -190 favorite for this bout.

Nogueira (23-9) is one of the oldest MMA fighters on the planet at age 44. This could be it for “Minotouro” as he comes off a first-round knockout loss to Ryan Spann last May. Nogueira was to fight Trevor Smith in November but had to pull out. He is +155 for Saturday.