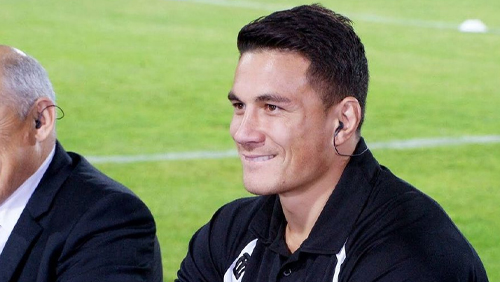 Former All Black superstar, Sonny Bill Williams (SBW) is poised for a shock return to the National Rugby League (NRL), following the collapse of his U.K. rugby league deal. Williams, a genuine superstar of the game is poised to make a return to NRL side the Sydney City Roosters.

SBW was signed to a $2.5million USD contract for U.K. Super League side, the Toronto Wolfpack. The Canadian side withdrew from the U.K., citing financial constraints brought on by the COVID-19 pandemic as the main reason.

Roosters chairman Nick Politis was spotted in a lunch meeting with SBW’s agent Khoder Nasser earlier this week. The 34-year old Williams started in the NRL with Canterbury before winning a premiership with Roosters in 2013.

St George Illawarra and Canterbury were both strongly rumoured to be interested in Williams. The Saints were tempted to use the salary cap dispensation for forward Jack de Belin to tempt Williams into joining. The logistics of getting Williams through strict bio-security has seen the Dragons withdraw from the race. The New Zealand Warriors and Bulldogs and Roosters remain in the running, but Williams has his heart set on returning to the Roosters.

“The idea of playing in the NRL has real appeal to me and I wouldn’t go down that road without speaking to Nick Politis first,” Williams told Australian media.

An August arrival for SBW would allow for two weeks of training, with time for four regular-season games before the finals commence.

Rooster skipper Boyd Cordner made no secret of the fact that he would love to see Williams return as the side chases a title three-peat.

“But if he does make a return to the NRL, I’d definitely like to play alongside Sonny again. He would bring a lot of experience and he has got that X-factor, he’s a freak and the ultimate professional. I think we’ve seen him at the top of his game whether he boxes…plays union and then his stint with us in 2013 and 2014…it’s just what he does, he’s at the top of his game all the time.”

The Roosters have plenty of funds to spare in their salary cap following Latrell Mitchell’s move to South Sydney earlier this year. A decision on SBW is expected in the coming days, with a contract needing to be registered with the NRL before the August 3 transfer deadline.