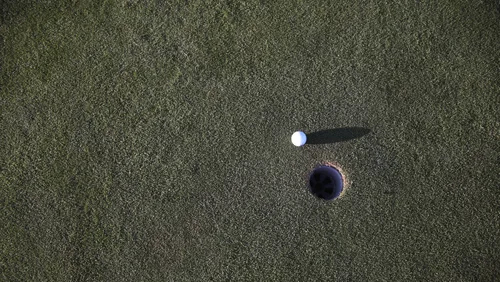 This week’s 3M Open outside of Minneapolis is one of a select few since the coronavirus restart on the PGA Tour that will be played when it was originally scheduled to be played. However, a handful of big-name golfers – new world No. 1 Jon Rahm, Rory McIlroy, Bryson DeChambeau and Tiger Woods to name four – are skipping the tournament because the new schedule overall put it in a bad spot.

The prestigious Memorial Tournament, won by Rahm, was held last week and had a stacked field. Then next week is the big-money World Golf Championships-FedEx St. Jude Invitational in which anyone who is anyone will play. Ditto the following week with the first Grand Slam event of the year, the PGA Championship from San Francisco. The high-level players on the PGA Tour don’t usually play four weeks in a row if they can help it.

The 3M Open also has one of the smaller purses on Tour at $6.6 million. The event is going to lose up to $3 million in revenue with no fans on the course. The tournament debuted only last year at TPC Twin Cities in Blaine, Minnesota, and then-rookie Matthew Wolff won in just his third professional start in the first regular PGA Tour event in the state since 1969. The Twin Cities had hosted a Champions Tour event for a couple of decades.

Wolff, who was a former NCAA individual champion at Oklahoma State and playing on a sponsor’s exemption, drained a 26-foot eagle putt on the 72nd hole to beat out Collin Morikawa (his 22-foot eagle putt just missed) and DeChambeau by a shot. Wolff finished at 21-under 263 and shot 62-65 on the weekend. TPC Twin Cities is a pretty easy course, a par 71 at 7,431 yards. Wolff is +2200 to repeat.

Dustin Johnson is the +1100 favorite and he was uncharacteristically awful at the Memorial, shooting 80-80 and missing the cut by a mile. He didn’t play the 3M Open last year. Brooks Koepka is +1400 along with Tommy Fleetwood and Tony Finau. Koepka was 65th last year and 62nd last week. Fleetwood, from England, makes his 2020 PGA Tour and tournament debut. Finau led after Round 1 of the Memorial but finished T8.