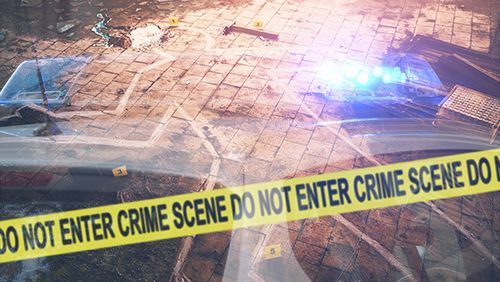 Late-night gamblers at the Tropicana Atlantic City were treated to a little more than just some action on the slots and tables. After New Jersey allowed gambling venues to reopen on July 2 following the coronavirus shutdown, casinos have slowly begun to get things going, operating at greatly reduced capacities and under strict guidelines. All those controls, however, couldn’t stop a fight from breaking out at the casino and, as a result, three men were stabbed, and four people were arrested.

According to The Press of Atlantic City, everything went haywire at around 3 AM Monday morning after a fight broke out on the casino floor. What led to the altercation hasn’t been revealed, but, in the ensuing chaos, three men were attacked, one of whom suffered life-threatening injuries. All three were taken to the AtlantiCare Regional Medical Center, City Campus for treatment. No update was given on the critical patient’s condition.

As troopers arrived to restore order, they quickly arrested three individuals, adding a fourth when they charged one of the stabbing victims for crimes, as well. Three of those arrested are from New York – Jabari Cummings and Tyevon Walker of Brooklyn and Shaun Laney of Machias – and one, Delroy McNeil, is from Cary, North Carolina. They now face charges that could see some of them spend the next decade or two behind bars.

30-year-old Cummings is being charged with possession of a weapon for unlawful purposes, unlawful possession of a weapon, aggravated assault, cocaine possession, criminal attempt homicide and evidence tampering. 32-year-old McNeil, one of the stabbing victims, is looking at the same charges, minus the cocaine possession and evidence tampering. Laney and Walker, 25 and 22 years old, respectively, were charged with robbery. All four are now in Atlantic County jail while the investigation continues.

Based on the scant information already released, it would appear that robbery was the motive behind the attacks, although trying to rob someone in a casino with guards doesn’t seem like a very bright idea. The other two stabbing victims, both from Burlington County, New Jersey, weren’t named and no information was provided on how or if they were known to the assailants, or if they just happened to be in the wrong place at the wrong time.

The Press of Atlantic City tried to get the Tropicana to offer its take on the matter, but the casino refused to comment. In the meantime, only conjecture and hypotheses can be offered as the police investigation runs its course and the official report is released.