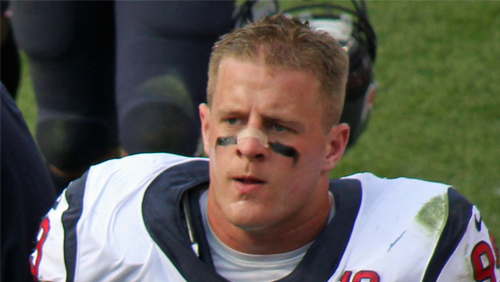 With the return of the National Football League, NFL players have been using the hashtag #WeWantToPlay over the weekend to explain why they are frustrated with some medical protocols not being in place. They don’t feel safe, and they’re letting the fans know. The blow-up is already huge but may yet see huge problems envelop the return of one of the biggest sportsbetting events of the year.

It’s clear that players are angry, and Watt’s Twitter status on Sunday night showed as much in an extremely frank way.

Once again in the interest of keeping everyone (players & fans) as informed as possible, here is an updated list of what we as players know and don’t know as the first group gets set to report to training camp tomorrow.#WeWantToPlay pic.twitter.com/xQcjs33zgM

There are a number of good points that have been made by Watt, and they include the acclimation period he speaks of. For players not to have the time necessary to return to training in a safe way helps nobody – players don’t get to train, so they’re not as entertaining to watch and fans might not get to see their favourites as some of them might be missing due to having to self-isolate.

Not that fans can always be relied upon to speak sense or agree when it comes to American Football. The vast majority of fans are split down the middle. Either Watt and others questioning the protocols in place are traitors and should get back to training come what may or they won’t watch NFL again or they are heroes and that the NFL should do everything they can to keep players healthy during worrying times health-wise.

It’s hard to disagree with the latter argument on the basis of logic, but Watt has put his head above the parapet here and is getting sniped at too.

For NFL players not to even know whether there are daily tests, less regular tests or in some cases testing at all for COVID-19 seems crazy. Players can fined thousands of dollars for not arriving on time, playing in training sessions, or of course arriving at the games.

Players can be punished, but, seemingly, the authorities. What if a player turns up for every session, catches Coronavirus and an elderly relative dies as a result? Surely then the game that sportsbettors love more than almost any other ceases to be a political football to be kicked between Democrats and Republicans and more of an ethical minefield that even the fastest wide receiver couldn’t traverse.

The argument may run and run in the weeks building up the NFL’s glorious return, but unless protocols are followed and players health becomes of paramount importance to the powers that be in NFL, it’s hard to see all the players fans want to see doing so.