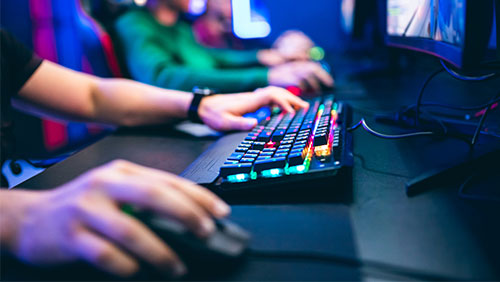 The latest Esports partnership that will be looked at towards making both a team and the overall game better has been confirmed as between Swedish Esports team Ninjas in Pyjamas and the game data analysis firm Esports Charts.

Swedish team ‘Ninjas’ have had a long and complex history, with their initial formation coming as a Counter-Strike team in 2000, before its abrupt ending in 2007. The team returned in 2012, however, and as a Counter-Strike: Global Offensive (CS:GO) team, under the management of Robin Jedhammar and the captaincy of ‘hampus’, have gone from strength to strength.

To date, Ninjas have won just under $3 million in prize winnings and in order to improve, they will be powered by data provided by Esports Charts, who already provide teams such as Astralis Group, Natus Vincere and Alliance with analytical data and statistics for events there to help the team compete to an even better level in the future.

Esports Charts’ CEO  said in a statement: “Seemingly invisible and stealthy “ninjas” are the deadly rivals for every team in every discipline, wherever they participate. They, more than anyone else, clearly know their goals and move towards victory. Esports Charts, using ninja reflexes, will promptly and surgically react to the changing trends of the esports market and fully support Ninjas in Pyjamas with their data.”

‘Ninjas’ themselves were just as positive about the partnership, with Michael Tidebäck, the team’s Head of Partnerships saying: “As Esports continues down the path of professionalisation, the value of accurate data grows exponentially. More is unquestionably better, and Esports Charts is market-leading when it comes to match tracking statistics.”

Esports Charts go from strength to strength and already have deals in place with Flashpoint and StarLadder for future tournament data analaysis. Taking on Ninjas in Pyjamas, they’ve added another highly respected team to their banner and are sure to develop strong partnerships with other teams on the back of this partnership.

The future of Esports as a sportsbetting market, a growth industry and a blue-chip investment is all clearly going in an upward curve. That teams such as Ninjas in Pyjamas are strengthening their arm in the direction of knowledge can only benefit the industry as a whole, with it demonstrating that the future is very positive indeed.