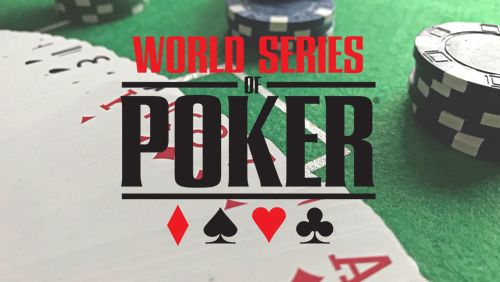 Two more WSOP bracelets were won in fine style by former WSOP Main Event winner Joe McKeehen and Guy Dunlap as the latest events to take place on WSOP.com filled up with thousands of poker hopefuls.

Joe McKeehen won his 3rd WSOP bracelet and $352,985 as he took down the $3,200-entry High Roller World Series tournament. With 496 entries (including re-entries), it took 14 hours to find a winner in this latest event of the 85-event WSOP Online Series. With over $1.5 million in the prize pool, it was a royal battle for the golden bracelet.

When the final table was reached, it was Clayton Maguire who held the lead, and he was in the running for winning his second online WSOP bracelet, having triumphed way back in 2016 in the 66th event of a series played mostly in Las Vegas as the World Series was before this summer.

Across a dramatic final table, Maguire would bust in 7th place for just $52,624, as McKeehen somehow managed to make heads-up without having eliminated one of his opponents. McKeehen went into heads-up with a big chip deficit to recover from, with just over 3 million to Frank Funaro’s 9 million.

McKeehen played a patient game but called off a big shove when ahead after Funaro went all-in with seven-six and McKeehen snapped him off with ace-nine to win the bracelet and one of the biggest scores of the WSOP Online Series so far.

McKeehen celebrated with just a few gloating words on Twitter:

The big names were prevalent in a poker discipline that requires extremely strong knowledge of the PLO format, with Pot Limit Omaha getting more and more popular year on year. Erik Seidel has, of course, been playing mixed games since the 1970’s, but could only finish in 60th place for a return of $2,015.

On the final table itself, there were plenty of genuine superstars with player and poker author Matt Matros, who we interviewed about his new book the Game Plan earlier in the year, finishing 7th for $15,305, just one place further than Anthony Zinno, with both men with multiple bracelets falling just a few places short of the golden bracelet.

The winner was Guy Dunlap, who won with pocket aces against Shane Daniels, both players holding a flush by the river, but Dunlap’s being the nut flush. Daniels ended his race in 2nd place for $82,069, but it was Dunlap who won the six-figure score of $133,780 and the famous WSOP gold bracelet.

Here are all the final table results, with deep runs for some outstanding players along the way.

The world is a simulation: strange sounds of thunder in the WPT Main Event
Lee Davy
8 March 2018