Home / Poker / WSOP Gold: Bullets and Cowboys on the Bubble 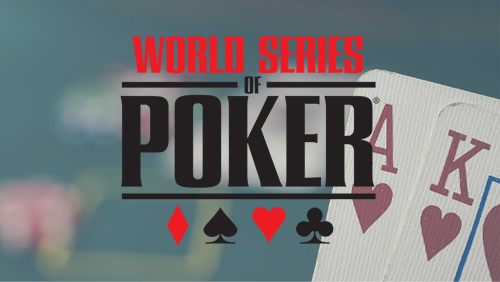 If you’ve ever played the World Series of Poker Main Event, then you’ll know that it’s an event like no other. The standard is incredible, with a mixture of both some of the best poker players who have ever lived and some of the worst ever to do so too. It’s therefore a tournament like no other, and as such, things happen at the WSOP felt that don’t happen anywhere else.

Two years ago, on the approach to the WSOP Main Event final table, such a hand occurred.

It’s worth going into exactly what it takes to get to the stage that the three men involved in the hand are at. If you’ve reached the bubble for the final table, then you’ve played your absolute A-Game for almost an entire week, probably starting at 12 noon and finishing 12 hours later, mentally and physically drained.

In the process, you’ll have seen an average of 30 hands an hour for 12 hours across six days. That’s over 2,000 hands of poker, during which time you will have been dealt pocket aces (or indeed any other specific paired hand) once every 221 deals. So, you’ve probably had the ‘pocket rockets’ around ten times by this point.

The odds are extremely remote, therefore, that you might be dealt pocket aces and see an opponent get dealt pocket kings. It’s the dream scenario in many ways – you have two blockers to an improbably straight overtaking you for instance – and it comes along extremely rarely.

So what are the chances of you being dealt pocket aces, in exactly the same hand that two other players are dealt pocket kings? Almost incalculable, we’d say.

That’s exactly what happened, however, when Nick Manion, who must have slept with around a hundred rabbit’s feet under his pillow since high school, woke up with pocket aces and 70 big blinds. There are 10 players left from a field of 7,874 at this stage. At blinds of 300,000/600,000, it’s a very standard raise to 1.5 million chips. Antoine Labat, holding pocket kings, just flat calls, but Mixed Game specialist Yueqi Zhu does no such thing, raising all-in for 24.7 million.

It is, of course, a huge raise designed to get one of the other two players to call with worse. Players often have worse in this position, and Zhu is unbelievably unlucky to find a spot where his two opponents do not. Everyone folds round the table to Manion, who then proceeds to shove all-in with his pocket aces for a total of 43.6 million.

While the crowd go berserk, Labat asks the dealer for a count, possibly wondering if this is all just a dream. He has the bigger stack, so cannot bust, but it will be decimated by defeat.

He makes the call and the cards are turned over. Zhu learns the horrible truth – that not only is he way behind and drawing dead to a king, but both his suits are covered by Manion’s aces. Even flush draws are dead to him. He can only tie the hand by playing the board and hoping both his opponents have to as well.

The three men go in literal and figurative different directions. Labat remains glued to his seat. Zhu stands, resigned to his fate, looking like a condemned man who’s only remaining hope is to have a chat with his executioner on the short walk to the guillotine.

The playout is less than dramatic. There are two clubs on the flop, but the turn is the brick of the three of spades. A meaningless jack of clubs on the river is dealt as a formality while the players shake hands and go off towards their futures knowing that they would be frozen in time on YouTube forever.

While Zhu’s exit would bring about the final table and Antoine Labat would bust that final showdown first in 9th place, Manion would not use his huge chip lead to win, going from chip leader to 4th-placed finisher for $2.8 million in winnings. The winner was John Cynn, who reversed the fortunes of the chip leader, going into play 4th in chips but winning the WSOP Main Event bracelet and $8.8 million by the time confetti was blasted into the Thunderdome.

You can watch the whole hand play out right here: