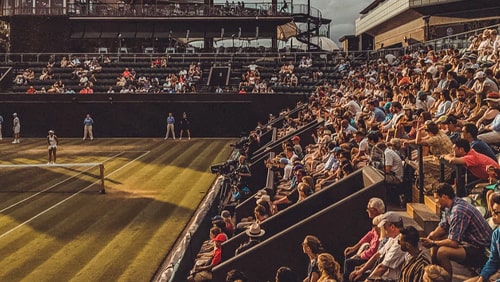 The decision was taken after Wimbledon was cancelled for the first time since World War II, due to the COVID-19 outbreak across the U.K. and the rest of the world.

The move will keep the careers of the majority of players outside the main group alive. With no satellite tournaments or majors for the last four months, some players have struggled to make a living or pay for training.

The AELTC had an insurance policy in place that allowed them to compensate sponsors, broadcasters, ticket holders and players in chance the event would not go ahead.

The AELTC has been proactively supporting the relief effort across the U.K. during the pandemic with donations to the NHIS, St John’s Ambulance and other COVID related charities. The move for the players was seen as the next step in their efforts to combat the fallout from COVID-19.

Chief Executive Richard Lewis was delighted with the outcome:

“Immediately following the cancellation of the Championships, we turned our attention to how we could assist those who help make Wimbledon happen. We know these months of uncertainty have been very worrying for these groups, including the players, many of whom have faced financial difficulty during this period and who would have quite rightly anticipated the opportunity to earn prize money at Wimbledon based on their world ranking.”